"Our Only Plan Was To Be Disciplined": Hanuma Vihari Explains India's Strategy On Day 1 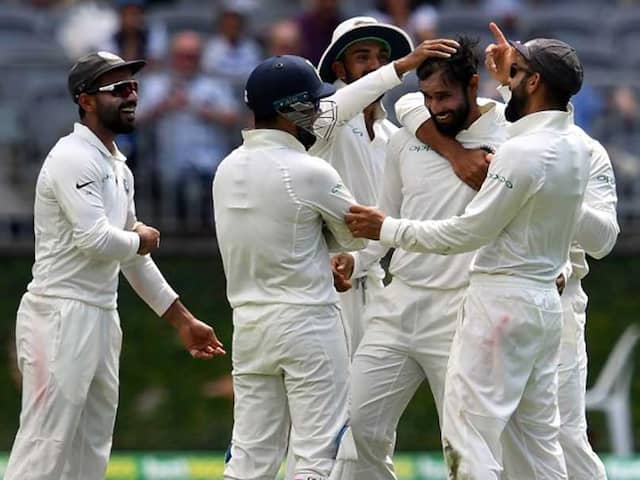 Throwing light on India's strategy on Day 1 of the second India-Australia Test in Perth, middle-order batsman and part-time off-spinner Hanuma Vihari said the plan was to be disciplined and the team did well in that aspect on the opening day. "Our only plan was to be disciplined. I think we did very well in that aspect. In all three sessions, we bounced back really well. They had so many plays and misses. It happens in the game. But overall I thought the bowlers put in a good effort," the ICC website quoted Vihari as saying.

"The wicket was a little slow at the start and improved its pace after lunch. The bowlers adjusted well to that," he added. Vihari, who returned with figures of 2/53, said he "tried to keep it tight" with the ball to help the pacers. "I tried to bowl a little bit quicker than the first few deliveries because I was trying to hit the surface a little bit more and get that bounce from the wicket. "That was the main idea - try to keep it tight and give the seamers a rest," he said.

"I want to keep it simple and try to do the job for the team. I know my role very well in the team," he added. At stumps, Australia were 277/6 with Pat Cummins (11) and skipper Tim Paine (16) at the crease.
The hosts had enjoyed a steady start, dominating the opening session before the Indians started to claw their way back into the game after lunch. All the six wickets fell in the post-lunch session with pacer Ishant Sharma and Vihari claiming two each. Fast bowlers Jasprit Bumrah and Umesh Yadav bagged one wicket each.

"The first one hour tomorrow will be very crucial. If we get them out for below 320, then we are right back in the game. If we bat well in the first innings, then we have a good chance. The first hour is crucial and I'm sure the pacers will come out (and do the job)," Vihari said.

Virat Kohli Cricket Australia vs India 2018/19
Get the latest Cricket news, check out the India cricket schedule, Cricket live score . Like us on Facebook or follow us on Twitter for more sports updates. You can also download the NDTV Cricket app for Android or iOS.