Mitchell Johnson said that Mitchell Starc is slightly underdone and out of rhythm. 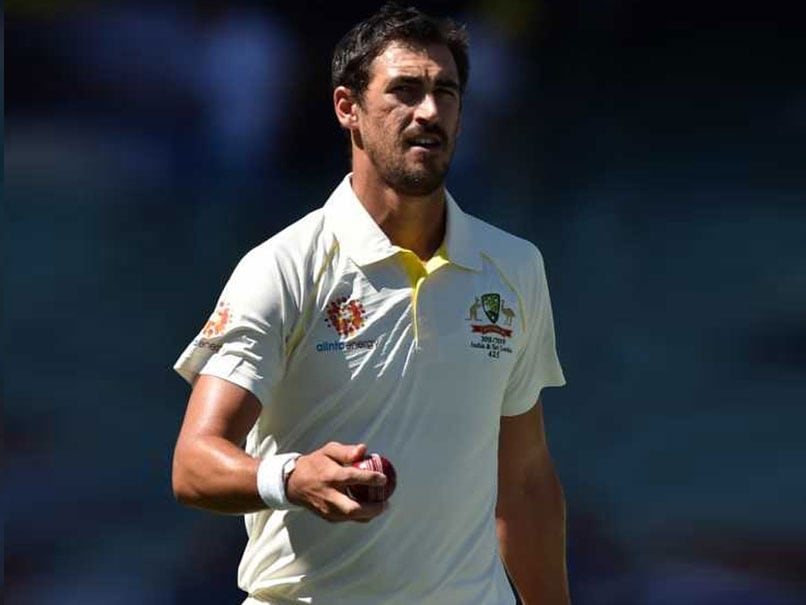 In the Adelaide Test, Mitchell Starc could only pick five wickets.© AFP

Australia pacer Mitchell Starc faced some criticism after his below-par performance in the Adelaide Test against India which the hosts lost by 31 runs. While Australia great Glenn McGrath found technical issues with Starc's run-up, former captain Mark Waugh was of the opinion that the pacer needed to be more consistent with the new ball. In the wake of the criticism, former Australia pacer Mitchell Johnson has offered to help Starc ahead of the India vs Australia 2nd Test, beginning on Friday. In the Adelaide Test, Starc could only pick five wickets.

"Everyone operates in a different way and I've already sent him a couple of text messages to see if he wants to catch up and have a chat about things because I have worked with him in the past and you get to know people really well," cricket.com.au quoted Johnson as saying to BBC's Stumps podcast.

"It just looked like there was something on his mind, something's not quite clicking (in the first Test). We'll sit down hopefully before the Perth Test match starts," Johnson, the fifth-highest wicket-taker for Australia in Tests, said.

Johnson said that Starc is slightly underdone and out of rhythm.

"He has been out with injuries and he's sort of come back. I don't feel like he's got that rhythm at the moment," the former Australian pacer said.

The second Test between India and Australia will be held in Perth and Australia captain Tim Paine backed Starc to do well in Perth.

"When Starcy's on song, there is no better bowler in the world, particularly with the new ball. In Perth, the conditions will suit him down to the ground," Paine said.

Mitchell Starc Mitchell Johnson Australia vs India 2018/19 Cricket
Get the latest updates on IPL Auction 2023 and check out  IPL 2023 and Live Cricket Score. Like us on Facebook or follow us on Twitter for more sports updates. You can also download the NDTV Cricket app for Android or iOS.