Tim Paine said his senior pacer Mitchell Starc was not in top form and "didn't set the world on fire" during the Adelaide Test. 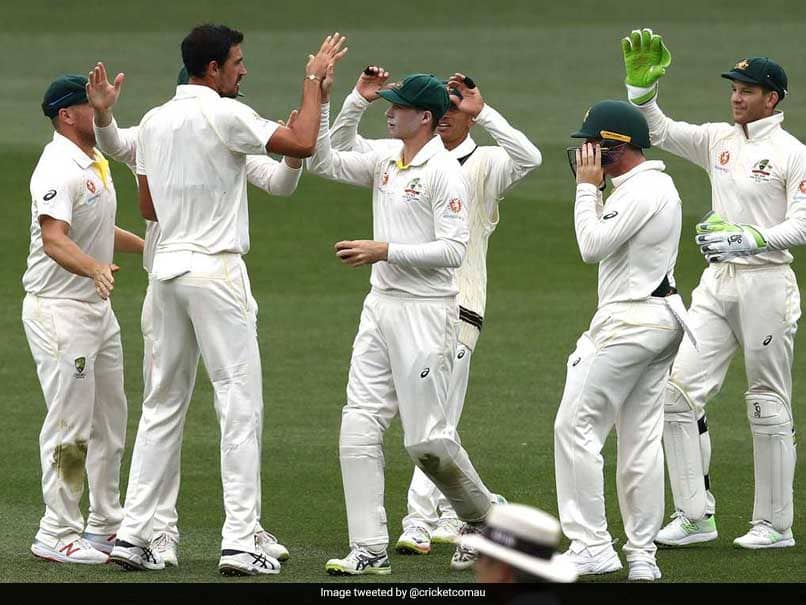 Tim Paine, disappointed after Australia's first Test loss against India, criticised senior pacer Mitchell Starc and reflected on his poor performance. The Australian Test skipper Paine said that Starc did not "set the world on fire" and there is a big difference between his best and current form. He also said that Australia fell short of runs in the first innings, which he thought was one of the reasons behind their loss in Adelaide.

Australia lost the first Test to India by 31 runs. Apart from Travis Head, Shaun Marsh half-centuries and Nathan Lyon's six-wicket haul, there were not many positives for the hosts.

"There was a number of reasons why we lost," Paine said.

"We thought we could have cleaned them up on day one for 200-210 and we let that slip a bit. Clearly we'd like to score more than 230 in a first innings in Australia. There's things we do need to tighten up."

"He (Mitchell Starc) didn't set the world on fire but I think, for a long time, there's been a really big gap between Starcy's best and his worst," said Paine.

"And from what I'm seeing, that is getting closer and closer every day. Was he at his best? Probably not. But I still thought he played his role," the 34-year-old added.

One key area of concern is opening batsmen. Debutant Marcus Harris scored 26 in each innings and showed enough to warrant another crack, but one-day specialist Aaron Finch failed both times, out for a duck and then 11.

Paine acknowledged the top-order must start delivering, but indicated they are likely to stick with the same line-up although there could be further discussions with coach Justin Langer before Friday's team is named.

"Justin's the coach and he's got a fair say," Paine said. "So I imagine if he wants to talk about it, it will be on the agenda when we get to Perth."

On what is expected to be a bouncy and seam-friendly pitch at the new Perth Stadium, similar to the WACA Ground it has replaced, spin great Shane Warne said he would like to see all-rounder Marcus Stoinis replace middle-order batsman Peter Handscomb.

"Perth, given what we are hearing, it's going to be a nice, fast bouncy pitch, so I would be making one change and that would be to bring in Marcus Stoinis who got 85 in the last (Sheffield) Shield match and a 60 in the Shield game before," said Warne.

"But mainly it would be for his all-round capabilities, just to relieve a little pressure on Starc who might be able to bowl one less spell and be a little bit better."

Paine himself is a slight doubt after being on the right finger by a Mohammed Shami delivery -- the same finger that has required several operations in the past.

Australia Cricket Team Australia vs India 2018/19 Cricket
Get the latest updates on IPL 2021, IPL Points Table , IPL Schedule 2021 , live score . Like us on Facebook or follow us on Twitter for more sports updates. You can also download the NDTV Cricket app for Android or iOS.