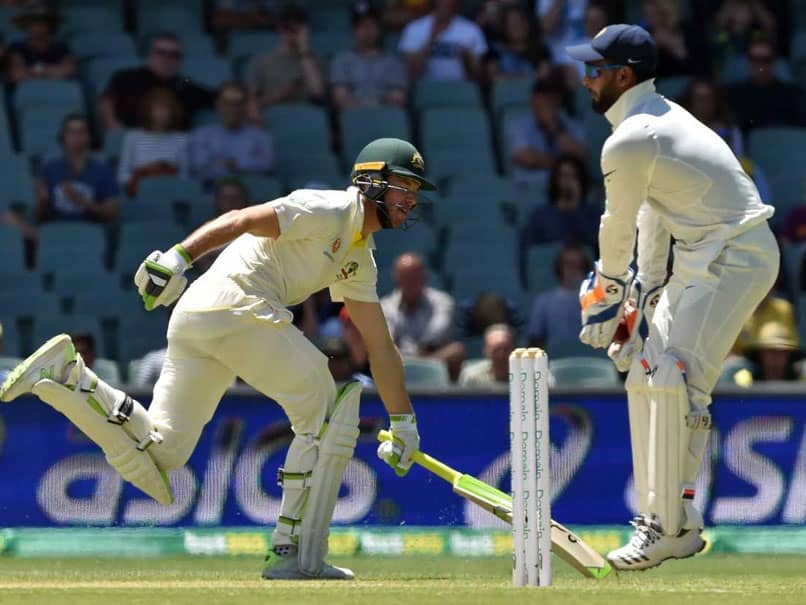 Rishabh Pant made history after he claimed 11 catches in a Test match during India's historic win in Adelaide on Monday to equal the all-time record achieved by South Africa's AB de Villiers and England's Jack Russell. India defeated Australia by 31 runs to take a 1-0 lead in the four-Test series and registered their first victory in a Test match Down Under in 10 years. Following the victory, wicketkeeper Rishabh Pant said he was "very happy" to have helped the team.

Pant created history with the dismissal of Australia's Mitchell Starc off the bowling of Mohammed Shami in the 101st over on the fifth day.

"It was really nervous as they were coming close, but we did well. I'm very happy to contribute to the team, first time getting to this milestone. I always enjoy troubling batsmen," Pant said after the match.

"I love it when they concentrate on me and not on the bowlers," he added.

The 21-year-old left-handed batsman, who has played just six Tests so far, eclipsed India's record of 10 catches in a game by Wriddhiman Saha.

Incidentally, Pant had made his space in the Indian Test team in place of Saha, who was left out due to injury. Saha played last Test for India in South Africa in January this year.

Earlier in the day, Pant was spotted sledging Pat Cummins, who was batting with Australia skipper Tim Paine on the other end.

"Come on Pat - you're not putting the bad ball away!," Pant continued to say for the entire duration of an over. "Tough to play here," he added.

Adelaide Oval, Adelaide Australia vs India 2018/19 Cricket
Get the latest updates on IPL 2021, IPL Points Table , IPL Schedule 2021 , live score . Like us on Facebook or follow us on Twitter for more sports updates. You can also download the NDTV Cricket app for Android or iOS.