Rishabh Pant made history by equalling the world record for most catches taken in a Test. 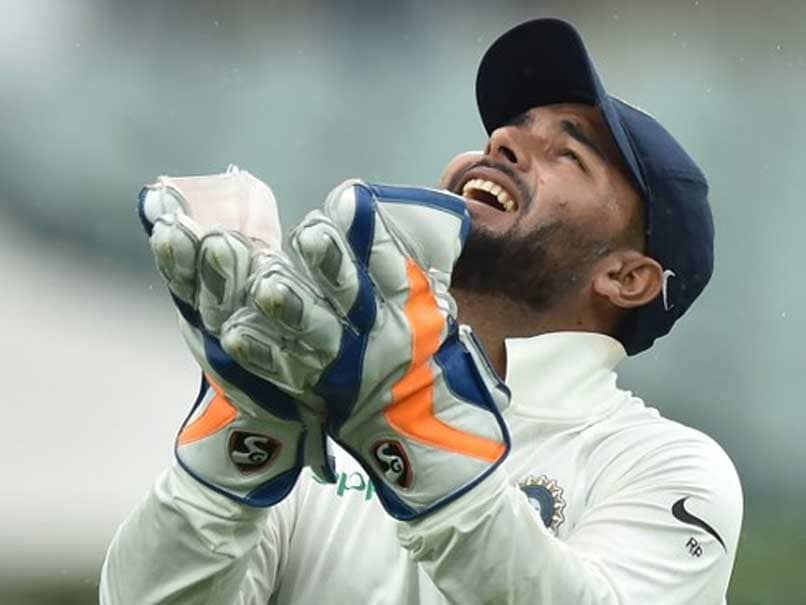 It turned out to be a memorable day for India as they beat hosts Australia by 31 runs for their first Test win on Australian soil in 10 years. Virat Kohli's team were made to wait for their historic win -- the first time India have won the first Test of a series Down Under. However, the match had special significance for wicketkeeper-batsman Rishabh Pant. The 21-year-old made history by equalling the world record for most catches taken in a Test, snaring 11 in the opening clash against the hosts in Adelaide.

Pant matched the record currently held by England's Jack Russell and South Africa's AB de Villiers. In doing so, he also beat the record of 10 catches in a Test match by an Indian that was previously held by Wriddhiman Saha.

Russell had achieved the feat against South Africa in 1995 and De Villiers matched the landmark against Pakistan in 2013.

Pant, playing in only his sixth Test, reached the milestone by catching Mitchell Starc off the bowling of Mohammed Shami.

Pant might not have been prolific with the bat, notching scores of 25 and 28 in the first and second innings, respectively.

The attacking left-hander lived a charmed life in the second innings, hitting four boundaries and a six but fell victim to the guile of Nathan Lyon, who ended the innings with figures of 6/122.

However, Pant was solid as ever behind the stumps, taking six catches in the first innings and bagging another five in the second to end the match with a total of record 11 catches.

Meanwhile, India ended their decade-long wait for a Test victory in Australia on Monday when they bowled out the hosts for 291 to clinch the first game of the four-match series by a nail-biting 31 runs.

The hosts were set a target of 323, a score never before successfully achieved in a fourth innings run chase at the Adelaide Oval.

Ravichandran Ashwin got the final wicket of Josh Hazlewood to finish with 3-92.

The last Test India won in Australia was at the WACA Ground in Perth in 2008, and the last one in Adelaide was in 2003.

Ravichandran Ashwin Australia vs India 2018/19 Australia vs India, 1st Test Cricket
Get the latest updates on IPL 2020, check out the IPL Schedule for 2020 and Indian Premier League (IPL) Cricket live score . Like us on Facebook or follow us on Twitter for more sports updates. You can also download the NDTV Cricket app for Android or iOS.