Aaron Finch said the only way he would miss his home Test in Melbourne was if someone were to "cut off" his battered finger. 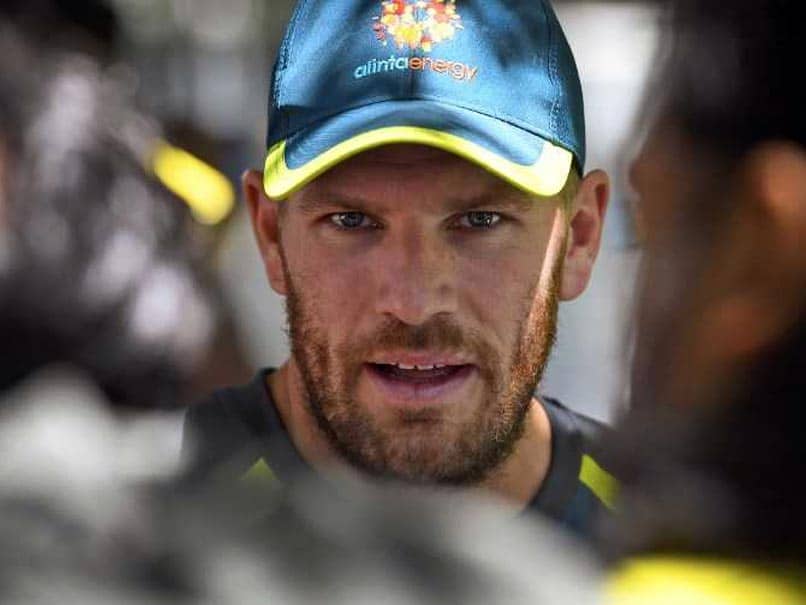 Aaron Finch suffered a nasty finger injury during the second Test in Perth between India and Australia. That left his chances of further participation in the series clouded. But the Australian opener is still garnering hopes of playing the Boxing Day Test. Finch said that the only way he would miss his home Test in Melbourne was if someone were to "cut off" his battered finger. Finch was on 25 during Australia's second innings during the second Test in Perth when his right index finger was jammed by a brutal delivery from India fast bowler Mohammed Shami. So much so that it left his bone visible.
"It's still business as usual and I plan to field at slip and do whatever else is needed," said the 32-year-old, who spent the few days off between Perth and Melbourne moving house.

It was the same finger he had broken before and Finch admitted he felt like "it was going to explode".
"It was a bit of a shock. Just the initial pain was the thing that got me," he said.
"Being hit a few times in the last month (made it worse), a couple of times by Starcy (Mitchell Starc) at training then obviously Shami."

But after being given the all-clear by medics, Australia's one-day and Twenty20 captain is determined to play in the Boxing Day Test and resume catching duties in the slips.
"With a Boxing Day Test, being from Victoria (state), it's going to have to be cut off (not to play)," Finch joked to reporters.

"It's going to be a catch and bat today and reassess, but it feels like it's improved 100 percent over the last couple of days," he added.
"I got sent some new bats, so I've been walking around the lounge room and waving them around. It feels okay."

Finch, who is desperate for a big score to cement his place at the top of the order alongside Marcus Harris, said he would continue to review the finger over the next 48 hours.

Melbourne Cricket Ground Australia vs India 2018/19 Cricket
Get the latest updates on India vs England Series, India vs England , live score and IPL 2021 Auction . Like us on Facebook or follow us on Twitter for more sports updates. You can also download the NDTV Cricket app for Android or iOS.