India vs Australia 2018-19 Tour: When And Where To Watch Live Telecast, Live Streaming

India tour to Australia will begin from November 21. 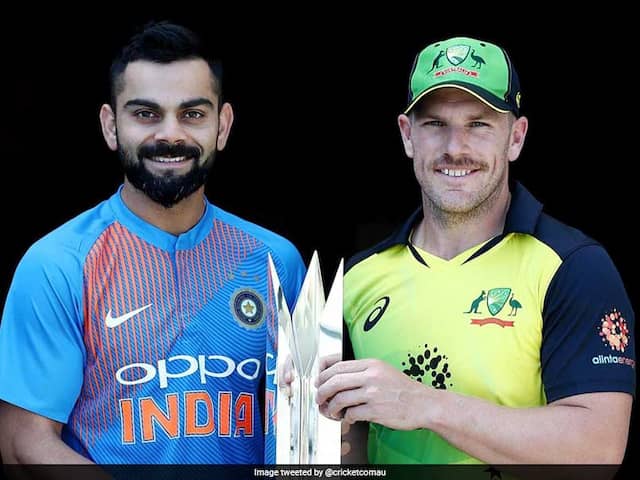 The trophy for the India vs Australia T20I series.© Twitter

Australia will host India for three Twenty20 Internationals (T20Is), four Tests and three One-day Internationals (ODIs) starting November 21. Australian cricket is going through a rough patch -- both on and off the field. Things might now get worse as an in-form India, led by the the maverick Virat Kohli, are armed to the teeth to win at all costs. With the hosts weakened and unsettled by the absence of star batsmen Steve Smith and David Warner, India would be smelling blood. The opening contest -- first T20I of the three-match series -- between these two giants of cricket will take place at The Gabba in Brisbane on Wednesday, and it will be hard to argue against India's favourites tag for the series. Virat Kohli's team has been quite dominant in the T20I format and even managed to blank the Australians 3-0, the last time they were in the country. India have not lost any of their previous seven T20I series with the last defeat coming against the Windies in July last year.

When are the India vs Australia T20Is, Tests, ODIs matches?

Where will the India vs Australia T20Is, Tests, ODIs matches played?

The matches will be played across 10 different venues.

What time will the India vs Australia T20Is, Tests, ODIs matches begin?

The India vs Australia matches will be telecast on the Sony Sports Network.

How do I watch online live streaming of all India-Australia matches?

The India vs Australia matches live streaming will be available on SonyLIV. You can also catch the live updates on sports.ndtv.com.