India's Amit Khatri won the silver medal in men's 10,000m race walk at the World Athletics U20 Championships with a time of 42 minutes 17.94 seconds. 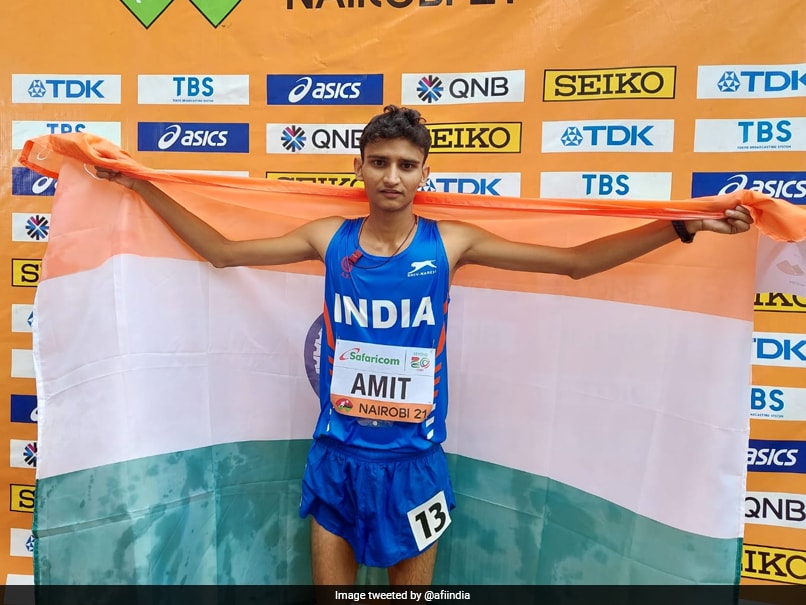 India's Amit Khatri won the silver medal in men's 10,000m race walk at the World Athletics U20 Championships as he finished with a time of 42 minutes 17.94 seconds in Nairobi on Saturday. Amit finished behind gold medal winner Heristone Wanyonyi of Kenya who clocked a time of 42:10.84. The Indian youngster had led the race for large parts before being overtaken by Wanyonyi in the penultimate lap. Paul McGrath of Spain took home the bronze medal with a time of 42:26.11.

“As it's a high altitude so breathing (was a) problem for me. It was my first international competition and (I) won silver for India. I'm happy with silver at least I could fulfil the hopes of India,” said Amit after winning the medal, according to a tweet shared by the Athletics Federation of India (AFI).

In the mixed relay race, the Indian quartet of Bharath S, Priya Mohan, Summy and Kapil had clocked 3 minutes 20.60 seconds to finish third in the final.

Overall, this is the sixth medal won by an Indian at the World Athletics U20 Championships. Previous winners include Seema Antil, Navjeet Kaur Dhillon, Neeraj Chopra and Hima Das.