Asian Games 2018: PV Sindhu Has A Plan In Place To Break Her 'Final' Jinx

PV Sindhu will meet world No. 1 Tai Tzu Ying of Chinese Taipei in the final. 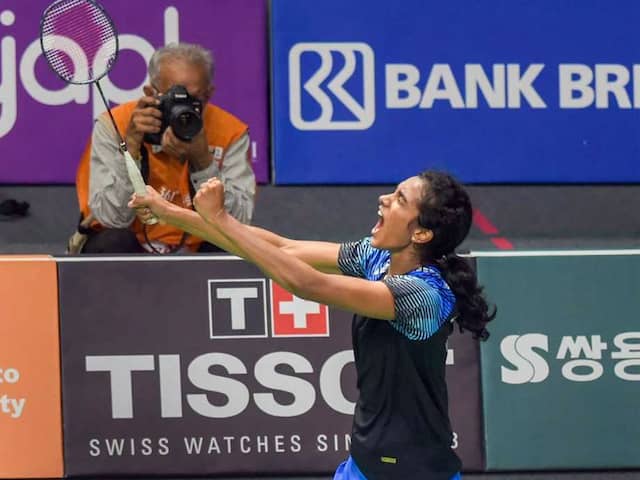 PV Sindhu outplayed Japan's world number two Akane Yamaguchi 21-17, 15-21, 21-10 to set up the final clash with Chinese Taipei's Tai Tzu Ying in the women's singles event at the 18th Asian Games in Indonesia on Monday. Sindhu, who has a long-standing rivalry with Tai Tzu, insisted that she has a plan in place to outsmart the best player in the world when they meet in the summit clash on Tuesday. "I have a strategy in place for her. It should be a good match," world No. 3 PV Sindhu said in the post-match interview.

Sindhu has not beaten Tai Tzu in their last five meetings and the Chinese Taipei player enjoys an overall 9-3 dominance over the Indian shuttler. However, silver-medallist Sindhu managed to defeat Tai Tzu at the 2016 Rio Olympics.

Sindhu, who will be playing her fifth final this year, will be under pressure to break the jinx and land the closing punch.

She is yet to win a singles title this year, although she made it to four finals - India Open, Commonwealth Games, Thailand Open and BWF World Championships.

In fact, she lost a close Commonwealth Games final to compatriot Saina Nehwal and brought home a silver medal.

Earlier on Monday, Tai Tzu Ying defeated Saina 21-17, 21-14 in the first semifinal and dashed the hopes of an all-India final at the Games.

Comments
Topics mentioned in this article
Asian Games 2018 PV Sindhu Badminton
Get the latest Cricket news, check out the India cricket schedule, Cricket live score . Like us on Facebook or follow us on Twitter for more sports updates. You can also download the NDTV Cricket app for Android or iOS.