Known for his swag, Hardik could be seen travelling in his private jet, donning a dapper look with a black vest and a silver chain around his neck. 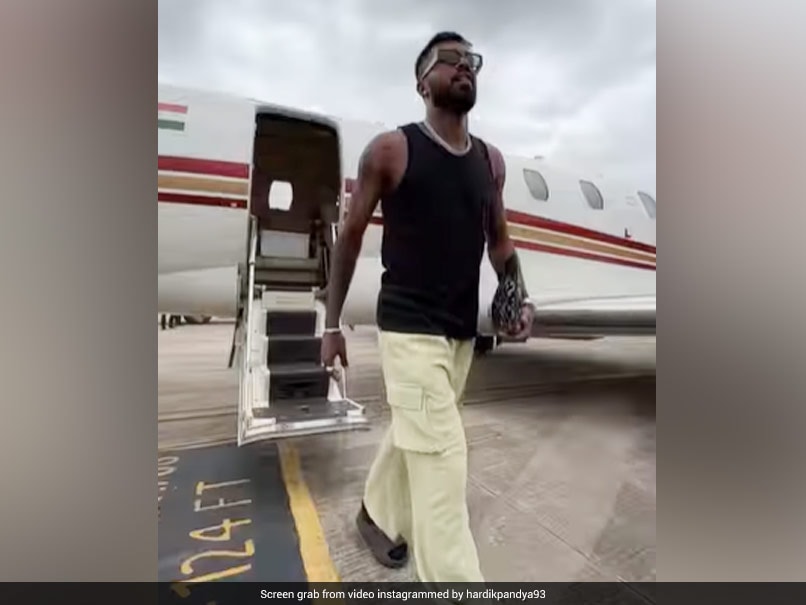 Asia Cup 2022 is just around the corner and so is the clash between India and Pakistan, which will be played on August 28 in Dubai. As the team gears up for the most-awaited match, India all-rounder Hardik Pandya seems to be having a good time at his residence with his family and friends, but also not making any compromises with his practice. Hardik posted a reel on Instagram, where he showcased a glimpse of the activities that he does in his entire day. Known for his swag, Hardik could be seen travelling in his private jet, donning a dapper look with a black vest and a silver chain around his neck.

Apart from jet, Hardik was seen meeting his mother and wife and also putting his son, Agastya to sleep. Later, the all-rounder took to the field to sweat it out in a practice session, where he honed his bowling and running skills.

Hardik has been in tremendous form this year. Starting from IPL 2022, where he led Gujarat Titans to title in their debut season. Later, he captained the national side in the two-match T20I series against Ireland and was also made the skipper for the fifth and final ODI match against West Indies.