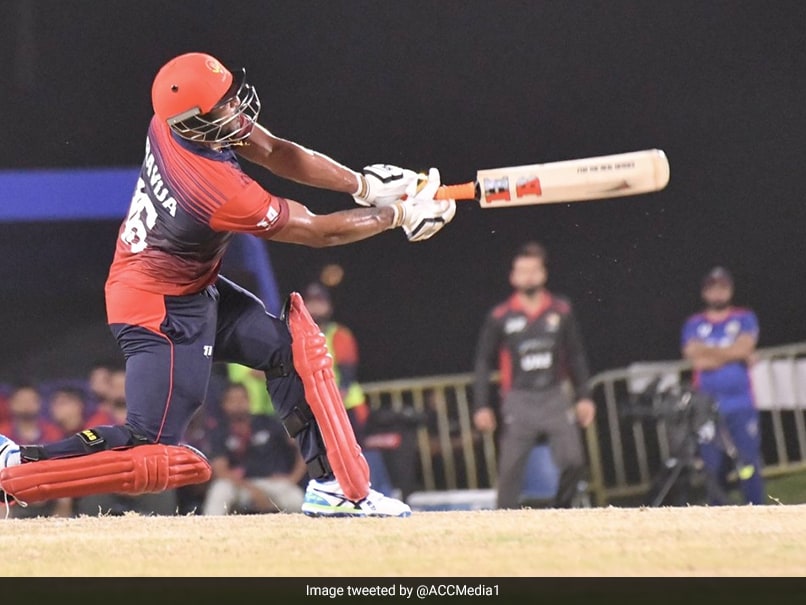 Singapore vs Kuwait, Asia Cup Qualifier Highlights: Kuwait on Wednesday defeated Singapore by 6 wickets in the Asia Cup Qualifier in Al Amerat. Chasing a total of 105, Kuwait crossed the finishing line with 12.1 overs to spare. For Kuwait, Sayed Monib played an unbeaten came of 32 off 10 balls while Ravija Sandaruwan and Bilal Tahir also contributed with knocks of 28 and 21 not out, respectively. Earlier, Singapore were bundled out for a paltry total of 104 with Janat Prakash top scoring with a 29-run knock.  (LIVE SCORECARD)

Here are the Highlights of the Asia Cup Qualifier between Singapore and Kuwait:

Kuwait Live Cricket Score Live Score Cricket
Get the latest updates on Fifa Worldcup 2022 and check out  Fifa World Cup Schedule, Stats and Live Cricket Score. Like us on Facebook or follow us on Twitter for more sports updates. You can also download the NDTV Cricket app for Android or iOS.