As soon as the winning-run was scored, the entire Sri Lanka camp got ecstatic and all-rounder Chamika Karunaratne was seen doing the 'Naagin Dance'. 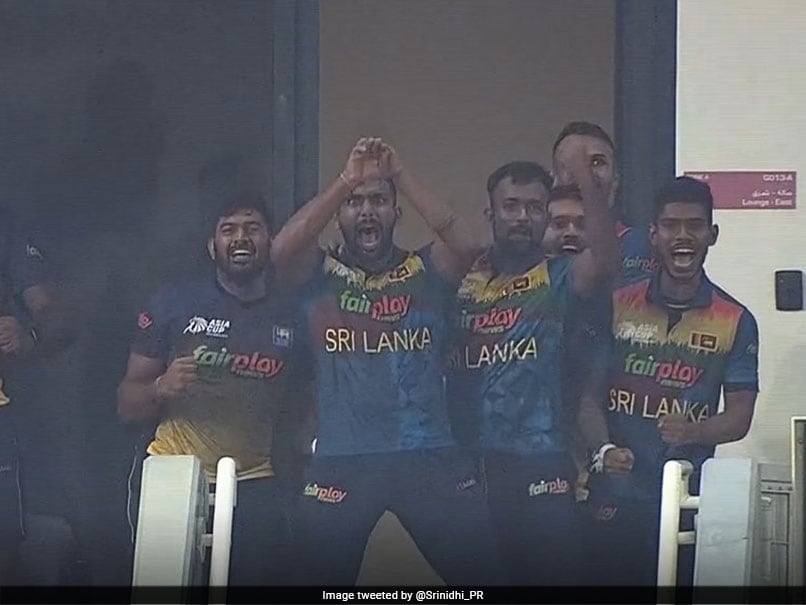 It was Dasun Shanaka's Sri Lanka that prevailed over Bangladesh in a high-scoring thriller in the Group B encounter of the Asia Cup at the Dubai International Stadium. Chasing 184, Sri Lanka got over the line in the last over by two wickets and as a result, Bangladesh were knocked out of the tournament. For majority of the contest, Shakib-Al-Hasan and co had the upper hand, but the game got away from them in the final overs as Ebadot Hossain and Mahedi Hasan bowled no-balls, giving Sri Lanka free-hit after free-hit. As soon as the winning-run was scored, the entire Sri Lanka camp got ecstatic and all-rounder Chamika Karunaratne was seen doing the 'Naagin Dance'.

Talking about the match, Bangladesh batted first and posted 183/7 in 20 overs. Mehidy Hasan Miraz top-scored with a knock of 38 off 26 balls. For Sri Lanka, Chamika Karunaratne and Wanindu Hasaranga scalped two wickets each.

Chasing 184, Kusal Mendis made use of many lives he got and in the end, he played a knock of 60 runs. In the end, Maheesh Theekshana and Asitha Fernando took Sri Lanka over the line.

Sri Lanka will now take on Afghanistan in their first match of the Super 4s on Saturday at Sharjah.

Mushfiqur Rahim Cricket
Get the latest updates on India vs South Africa and check out  Schedule, Results and Live Score. Like us on Facebook or follow us on Twitter for more sports updates. You can also download the NDTV Cricket app for Android or iOS.