India posted a target of 286 against Hong Kong in their opening match of the 2018 Asia Cup. 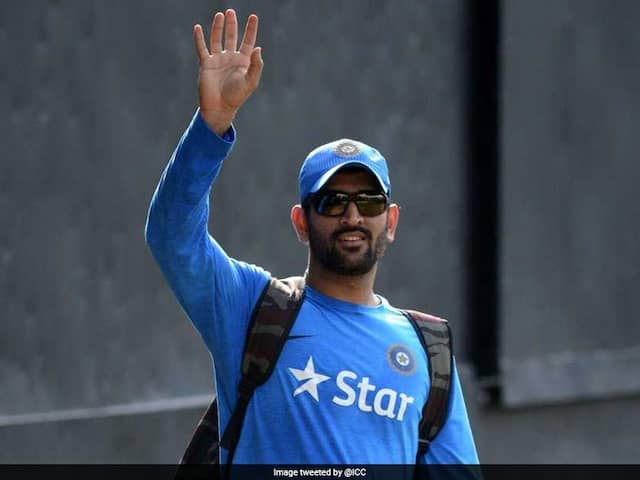 MS Dhoni got out without troubling the scorers in the first match against Hong Kong.© Twitter

One of the modern greats of the game, MS Dhoni, getting out on a duck doesn't happen quite often in cricket. In his 322-match ODI career, this rare occurrence has happened only nine times. The latest one occurred on Tuesday during India's Asia Cup clash between India and Hong Kong in Dubai. One of the greatest finisher of the game, Dhoni, departed for a 3-ball duck in the first innings of the match. The episode caused great disappointment amongst the Dhoni fans. One such disappointed young fan was inside the stadium, who had come to see his idol fire against the minnow opposition. Dhoni's surprise departure, shocked the young fan and the on-field camera's captured his unbelievable disappointment.

India posted a decent target of 286 against Hong Kong in their opening match of the 2018 Asia Cup at the Dubai International Cricket Stadium. Asked to bat first after losing the toss, the defending champions India, at one stage were cruising towards a big target, being comfortably placed at 240 for two after 40.3 overs. But soon after the departure of centurion Shikhar Dhawan (127), India lost wickets in quick succession.

After a poor run in the England series, a lot was expected from Dhoni, but the former Indian skipper disappointed with the bat in the opening match of the tournament. Post Dhoni's departure, India's middle order also failed to handle the pressure and they eventually managed 285 runs for the loss of seven wickets in their quota of 50 over.

One of the top contenders of the Asia Cup, India will hope to win their opening match against Hong Kong with the likes of Bhuvneshwar Kumar, Kuldeep Yadav and Yuzvendra Chahal in their ranks.

India will next face Pakistan in their second group game on Wednesday in Dubai.

Shikhar Dhawan Dubai International Cricket Stadium, Dubai Asia Cup 2018 Cricket India vs Hong Kong, Match 4
Get the latest Cricket news, check out the India cricket schedule, Cricket live score . Like us on Facebook or follow us on Twitter for more sports updates. You can also download the NDTV Cricket app for Android or iOS.