India outclassed Pakistan by nine wickets in the Super Four clash for their second win over the arch-rivals in Asia Cup 2018. 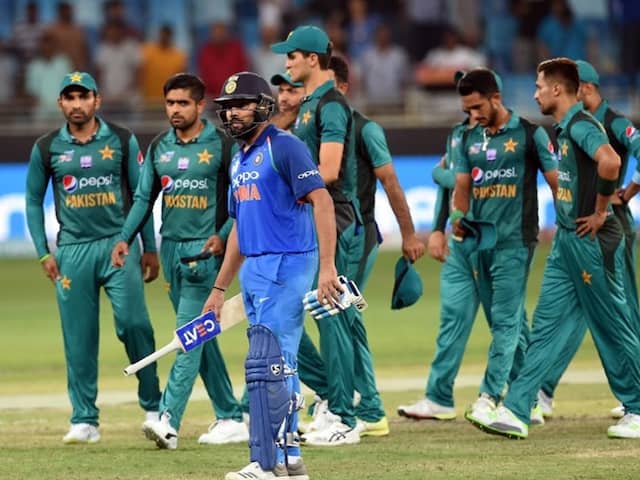 Rohit Sharma led from the front as India thrashed Pakistan by 9 wickets in the Super Four match.© AFP

Dubbing Pakistan's performance against India as one of the worst in the country's history, coach Mickey Arhur said his team is going through a "confidence crisis". Pakistan suffered an embarrassing nine-wicket loss to India in the Super Four clash of the Asia Cup 2018 at the Dubai International Cricket Stadium on Sunday. This was Pakistan's second loss to India in the tournament after they were outclassed in the group stage and the South African didn't hold back in his assessment of the team's performance.

"We are not abandoning them. Yes, they are suffering a bit of confidence crisis at the moment. There is fear of failure in the dressing room. There is a bit reality check of where we are as a cricket team," Arthur told reporters.

"In terms of worst performance, nine wickets has to be up there. India have very good players. If we give them an inch, they are going to make us pay and they did just that," he said.

Barring Shoaib Malik, Pakistan batsmen again struggled against the Indian bowlers and were finally restricted to 237 for seven. India cantered in the chase with skipper Rohit Sharma and Shikhar Dhawan smashing hundreds as they overhauled the target in just 39.3 overs.

"Our strike rates were not good enough with the bat. With the ball, we need to strike early against these guys. We had a couple of chances, we didn't take them. When you get these guys chances on wickets like these, they dominate you," Arthur said dissecting the loss.

"We need to get into their middle-order as quick as we can that's when we can inflict most damage" he added.

Arthur was effusive in his praise for the Indian team, which is the only unbeaten team in the ongoing tournament.

"We have to be realistic. We were well beaten by a very good Indian side. They didn't allow us to play. We are a team that is developing. Sarfraz (Ahmed) and (Mohammed) Amir have 50 or more caps, Shoaib Malik with 200," he said.

The South African said he was amazed by the work ethic of Indian pacer Jasprit Bumrah when he observed him during a net session.

"He put that into practice. In our review, we will definitely show it to our young bowlers that his execution and even Bhuvneshwar's in death overs was very good," he added.

Arthur said Pakistan have a huge task at hand in the clash against Bangladesh on Wednesday.

"It's a semi-final now. We have to find a way to dig ourselves out of the hole we are in at the moment. We will come back from this. We are at our best in must-win matches. That's when we come to the party," he said.

"I believe in our players. I think they are a fantastic bunch of players," he added.

Sarfraz Ahmed Asia Cup 2018 India vs Pakistan, Super Four - Match 3 Cricket
Get the latest Cricket news, check out the India cricket schedule, Cricket live score . Like us on Facebook or follow us on Twitter for more sports updates. You can also download the NDTV Cricket app for Android or iOS.