Sri Lanka were beaten by 137 runs against Bangladesh in their opening match of the Asia Cup 2018, and have now lost 30 of their 40 matches since January 2017. 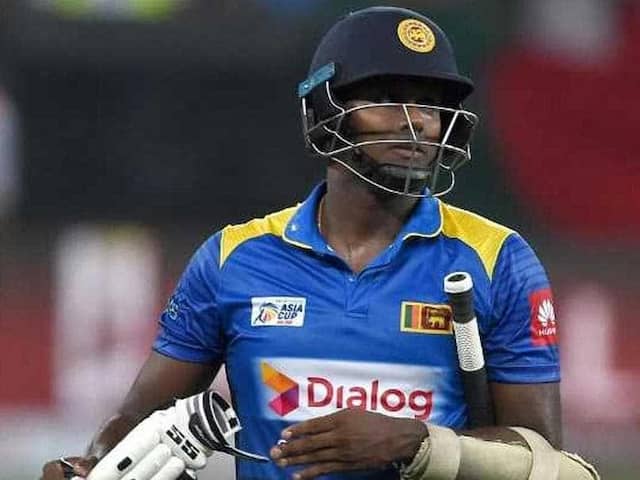 Angelo Mathews threatened to retire from the two shorter formats of the game.© AFP

Sri Lanka's sacked skipper Angelo Mathews accused the country's cricket board on Monday of blaming him solely for the island's humiliating exit from the Asia Cup 2018. The 31-year-old all-rounder has threatened to retire from the two shorter formats of the game after being dumped on Sunday as captain of Sri Lanka's one-day international and twenty20 teams "I have been made the scapegoat in this entire saga of Sri Lanka's dismal performance against Bangladesh and Afghanistan in the Asia Cup," Mathews said in a letter to Sri Lanka Cricket.

The Board said it asked Mathews to step down and allow Dinesh Chandimal to lead Sri Lanka during England's tour which begins next month.

"The national selectors... have requested Mathews to relinquish his duties as captain with immediate effect," the Board said in a statement. It did not elaborate on why Mathews was sacked.

But it follows Sri Lanka's drubbing in the Asia Cup, with losses to lower-ranked Afghanistan and Bangladesh ensuring the island nation's quick exit from the competition.

Sri Lanka were thumped by 137 runs against Bangladesh in their opening match of the tournament, and have now lost 30 of their 40 matches since January 2017.

Chandimal, who was already captain of Sri Lanka's Test side, now takes the reins in all three formats of the game.

Angelo Mathews Asia Cup 2018 Cricket
Get the latest Cricket news, check out the India cricket schedule, Cricket live score . Like us on Facebook or follow us on Twitter for more sports updates. You can also download the NDTV Cricket app for Android or iOS.