Dinesh Chandimal was included in a 15-member squad for the one-off T20 against South Africa. 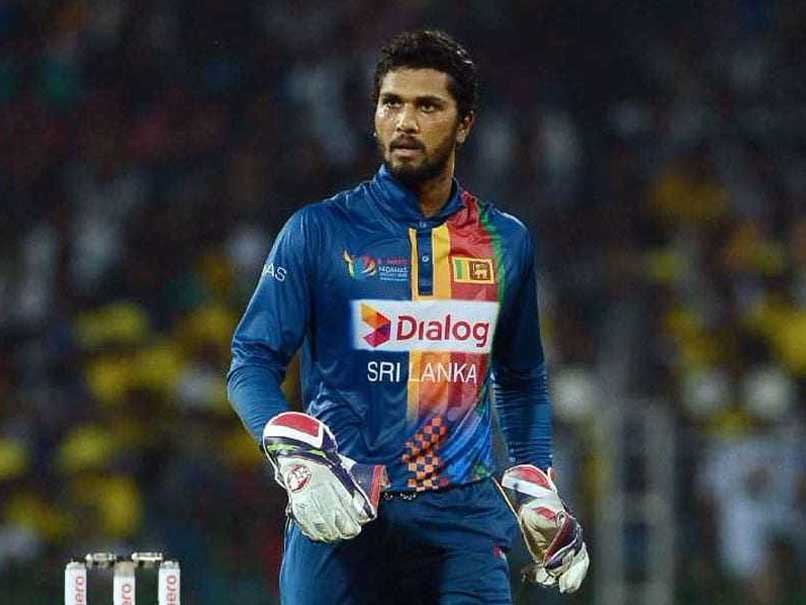 Dinesh Chandimal returned to their T20 squad after serving an international ban.© AFP

Sri Lanka skipper Dinesh Chandimal returned to their Twenty20 squad Thursday after serving an international ban for breaching the spirit of the game. Chandimal was included in a 15-member squad for the one-off T20 that will round off South Africa's tour of the island nation Tuesday in Colombo, Sri Lanka Cricket said in a statement. The 28-year-old missed the two-Test series, which Sri Lanka won, and was out of the first four one-day internationals. The fifth and final ODI is on Sunday, but Chandimal was not included in the squad for that match.

But he was included in the T20 squad and will play in the day-night game on Tuesday.

Chandimal was banned by the International Cricket Council along with coach Chandika Hathurusingha and manager Asanka Gurusinha for refusing to take to the field for two hours during the second Test against the West Indies in June. It was shortly after Chandimal was accused of tampering with the ball.

The Sri Lanka captain was subsequently banned from the third Test against the West Indies and given a fine equal to his match fees. He was later banned for another two Tests and four ODIs after pleading guilty to violating the spirit of the game.

Dinesh Chandimal Cricket
Get the latest updates on ICC T20 Worldcup 2022 and CWG 2022 check out the Schedule, Live Score and Medals Tally. Like us on Facebook or follow us on Twitter for more sports updates. You can also download the NDTV Cricket app for Android or iOS.