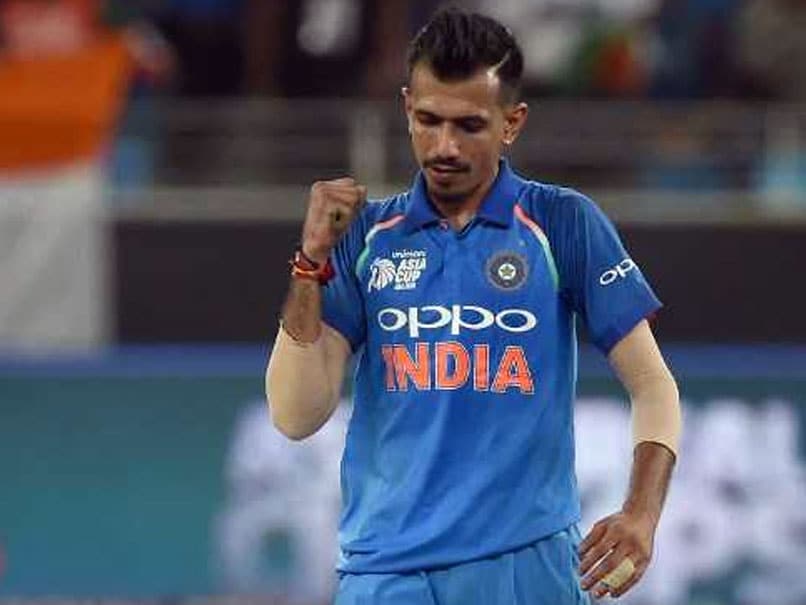 India vs Pakistan matches always have a certain intensity about them but the players never let it boil over and show great respect to each other. Despite the somewhat cold political relationship between the two countries, cricket has been the uniting factor for the people of India and Pakistan. Some Indian players, especially Virat Kohli, share a great bond with their Pakistani counterparts. On Wednesday, the bonhomie between the two set of players was again on show when Indian spinner Yuzvendra Chahal helped out Pakistan's Usman Khan after his shoe lace had come undone.

Chahal's gesture didn't go unnoticed as fans from both India and Pakistan took to Twitter to praise the Indian spinner.

A true #Athlete has #Ethics, #SportsManship and #Camaraderie which only a #Sport can bring#Pakistan ho ya #India, #Insaniat first! pic.twitter.com/zvdGlmxB0m

Yuzvendra Chahal helping a Pakistani player with his shoe laces in today's match.

Tender moments that's why called cricket is a game of gentlemans and Yuzvendra Chahal played definitely like the Gentleman. pic.twitter.com/GMMtUo5tUm

So true...in an age of hashtag nationalism; this right here, is Grace #INDvPAK https://t.co/IGKjzGAtPn

However, that was the only helping hand Pakistan got from India in the Asia Cup 2018 encounter at the Dubai International Cricket Stadium.

A dominant performance saw the Indian team completely outclass Pakistan and register a comprehensive eight-wicket win. The win was especially significant for India after their substandard performance against Hong Kong left many fans wondering how they would perform without run-machine Virat Kohli.

But Kohli's absence was hardly felt as India put in a thoroughly professional performance for their second straight win in the tournament. After packing off Pakistan for a paltry 162 in 43.1 overs, India chased down the target in 29 overs and for the loss of just two wickets.

Kedar Jadhav was India's surprise hero with the ball while captain Rohit Sharma scored his 35th ODI half-century to end all hopes of a Pakistan fightback in the second innings.

The two teams will clash again in the Super Four stage on Sunday.

Virat Kohli Asia Cup 2018 India vs Pakistan, Match 5 Cricket
Get the latest updates on T20 World Cup, check out the T20 World Cup Schedule and Live Score . Like us on Facebook or follow us on Twitter for more sports updates. You can also download the NDTV Cricket app for Android or iOS.