India and Pakistan have not played an ODI since the ICC Champions Trophy final in England last year. 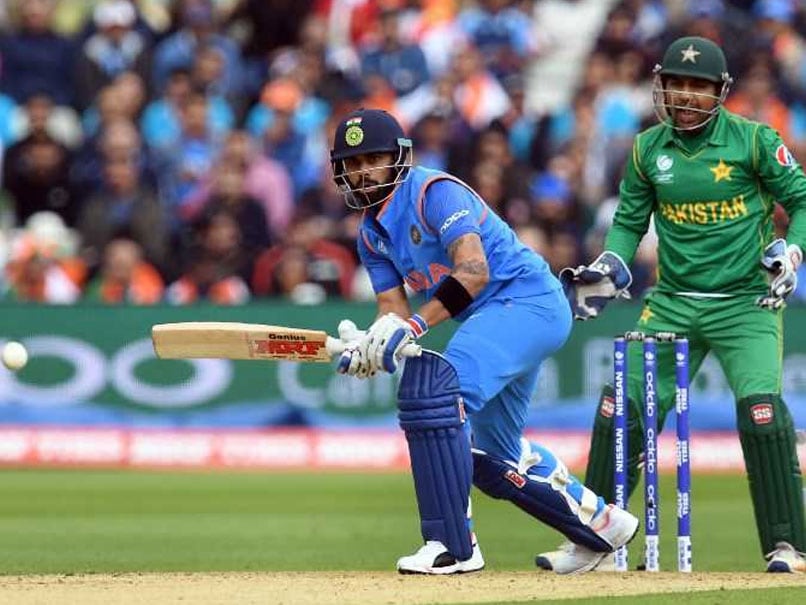 India will play their first match of the tournament on September 18.© AFP

Arch-rivals India and Pakistan are scheduled to meet in their Asia Cup Group A match on September 19 in Dubai and Sarfraz Ahmed has acknowledged the fact that Virat Kohli's team are relatively stronger due to their overall experience. However, Sarfraz said his men would utilise their experience of playing in the United Arab Emirates (UAE) during the Asia Cup next month. "Our team has relatively more experience of playing under UAE conditions and therefore we will try to take advantage of this experience in our Asia Cup match against India. On the other hand, Virat Kohli-XI is a stronger outfit as far as overall experience is concerned," Sarfraz told dawn.com.

While Pakistan will be playing that game after a two-day rest, India will be without any gap after featuring in their opening match against a qualifier on September 18.

Interestingly, it would also be the first One-day International (ODI) between the two neighbours since last year's ICC Champions Trophy final in England where Pakistan thrashed India by 180 runs to clinch their maiden title in style.

A total of six teams will be participating in the biennial event where the group stage has been divided into two pools for the first time.

India have been placed alongside Pakistan and the qualifier in Group A while Group B comprises of Sri Lanka, Afghanistan and Bangladesh.

The qualifying tournament, which will determine the team that would grab the remaining one spot in the event, features six teams including Singapore, Hong Kong, Malaysia, Nepal, Oman and the UAE.

The top two teams from each group will qualify for the Super Four clash and two teams will then play the final of the tournament.

The tournament is slated to be held from September 15 to 28 in Abu Dhabi and Dubai.

Bangladesh Cricket Team Asia Cup 2018
Get the latest updates on SA vs IND 2021-22, check out the Schedule and Live Score . Like us on Facebook or follow us on Twitter for more sports updates. You can also download the NDTV Cricket app for Android or iOS.