The Asia Cup 2018 will see India and Pakistan face off after a long time. 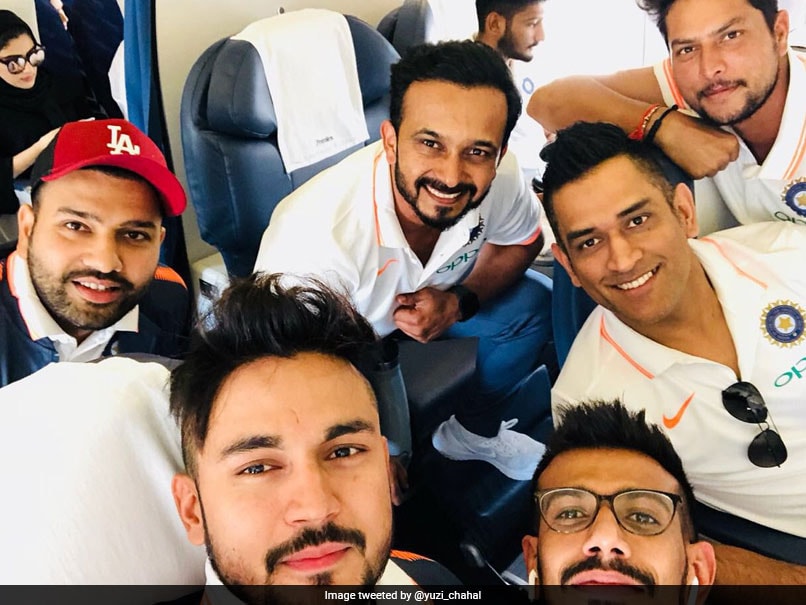 Mahendra Singh Dhoni will be back in action as Team India, the most successful unit in the history of Asia Cup, departed to participate in the six-team tournament to be played in the United Arab Emirates (UAE) starting on September 15. Kuldeep Yadav and Yuzvendra Chahal took to Twitter and shared pictures with Dhoni and others en route Dubai to participate in the tournament that concludes on September 28. The 37-year-old MS Dhoni last featured in the limited-overs leg of the recently-concluded series between India and England. He received a lot of flak after his lackluster performance in the three-match One-day International (ODI) series against England that India lost 1-2.

Dhoni managed to score just 79 runs in three matches and was booed by a certain section of fans at Headingley. Dhoni's knock of 42 from 66 balls in the deciding third ODI came at a strike rate of 63.64 and annoyed many fans as India finished at 256/8 - a total Virat Kohli acknowledged was "25-30 runs short".

Now, after a whirlwind series in England, the focus shifts to the Middle East with Rohit Sharma leading India in the absence of Kohli, who has taken a break after a strenuous season.

A lot of India's first team regulars who played in England have been rested for the Asia Cup as players like Manish Pandey, Kedar Jadhav and Ambati Rayudu have been included.

Meanwhile, veteran Suresh Raina along with Umesh Yadav and Siddarth Kaul has also been recalled into the squad after playing in the ODI series against England.

As far as Asia Cup is concerned, India have won the continental tournament as many as six times (five ODI format, one T20I format), since its inception in 1984.

India have been placed in Group A alongside Hong Kong and Pakistan.

Rohit Sharma's team will begin their campaign against Hong Kong on September 18 before taking on arch-rivals Pakistan in a high-octane clash the following day.

Rohit Sharma Asia Cup 2018 Cricket
Get the latest updates on ICC Women's Cricket World Cup 2022 and IPL 2022, check out the Schedule , Live Score and IPL Points Table. Like us on Facebook or follow us on Twitter for more sports updates. You can also download the NDTV Cricket app for Android or iOS.