Justin Langer added that the preparation for the fourth Ashes Test has been awesome and the players are eagerly looking to correct their mistakes. 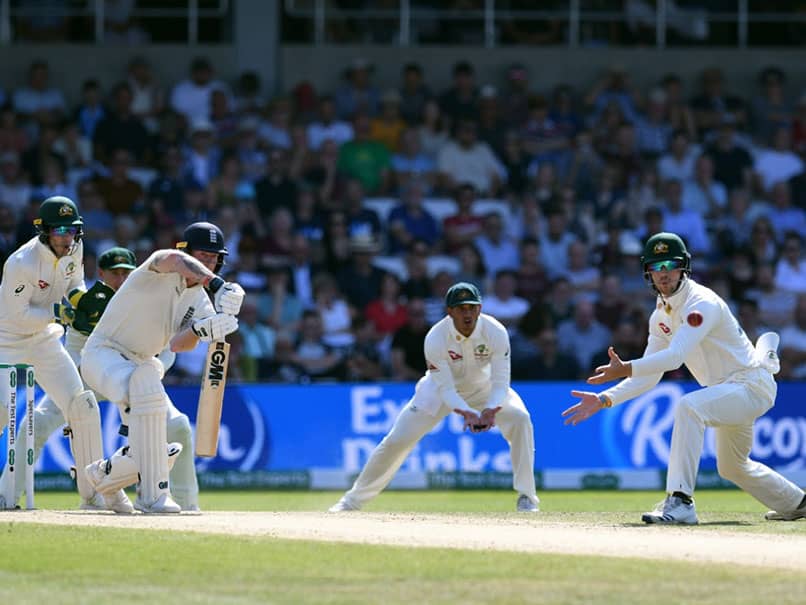 Australia lost the third Ashes Test from a commanding position at Headingley.© AFP

Australia head coach Justin Langer, one week after his side lost the third Ashes Test from a commanding position, revealed that he felt "physically sick" especially because of the manner in which they lost the match. Langer, however, added that the players have learned from their mistakes and have grown stronger from the close defeat. He also added that the preparation for the fourth Ashes Test which begins on Wednesday has been awesome and the players are eagerly looking to correct their mistakes.

England all-rounder Ben Stokes played an epic unbeaten knock of 135 runs to take England from the jaws of defeat.

Hazlewood and other Australian pacers like Pat Cummins and James Pattinson failed to stop Stokes who smashed eight sixes to take England from 286/9 at one stage to chase down the target of 359.

"That's the toughest part of it, we were that close. I actually felt physically sick after it, then I went back to my room and I wasn't sure whether to cry my eyes out or smash my hotel room," Langer was quoted as saying by cricket.com.au.

"As challenging as this week's been, it's been awesome," Langer added.

"I've loved this last week of coaching, because you can either sit back and feel sorry for yourself and put it under the carpet, or you can work out ways to make sure we're up for the first ball (on Wednesday) and then the next Test match."

England bounced back at Headingley to level the series 1-1, keeping Australia waiting for their first Ashes win away from home since 2001. The turn of events has been similar to that of 2005 Ashes in which Langer himself was a part of.

"Often it seems like history is repeating itself, but the beauty of the future is you've got a chance to have a different outcome.

"It's always been a philosophy and theme of my coaching, that we've got to do things together as much as we possibly can.

"It's been a long hard tour, but we'll stick together as much as we can and hopefully it'll give us the right outcome," Langer said.

The fourth Ashes Test starts on Wednesday at Old Trafford in Manchester.

Old Trafford, Manchester The Ashes 2019 Cricket
Get the latest updates on IPL 2021, IPL Points Table , IPL Schedule 2021 , live score . Like us on Facebook or follow us on Twitter for more sports updates. You can also download the NDTV Cricket app for Android or iOS.