"On Home Soil, He's The Best In The World," Glenn McGrath On James Anderson

James Anderson was included in the squad for the first Ashes Test after he missed out in the one-off Test against Ireland due to a calf injury. 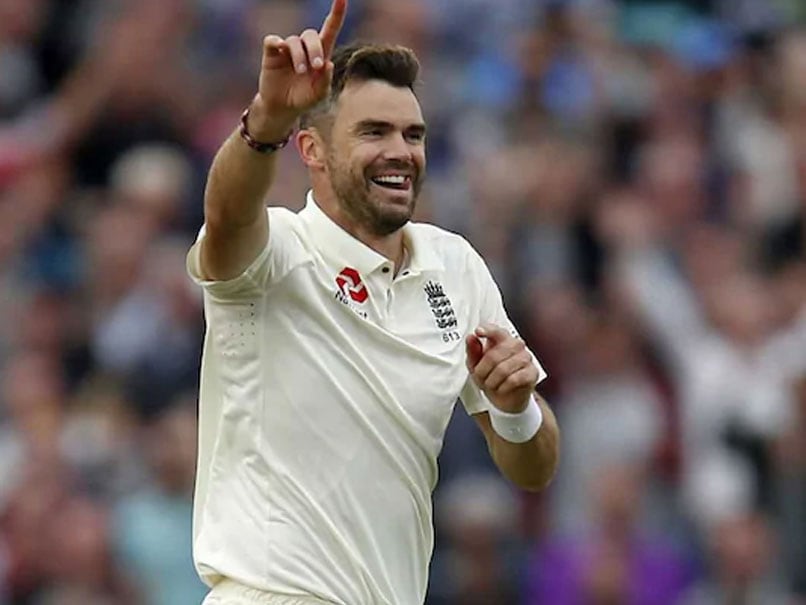 Glenn McGrath, former Australia fast bowler, reckons that James Anderson will hold the key in the upcoming Ashes 2019 series, starting August 1. The first Test is scheduled to be played at Edgbaston in Birmingham. The 37-year-old Anderson was ruled out of the recently-concluded one-off Test between England and Ireland due to a calf injury. England survived a massive scare, managing to post a 143-run win despite being bowled out for 85 in the first innings. The England Cricket Board (ECB) announced a 14-man squad for the first Ashes Test and included Anderson in the mix. Speaking on the impact James Anderson might have on the series, McGrath said that in English conditions with Dukes ball, Anderson is the best in the world.

"On home soil with the Dukes ball, he's the best in the world bowling in those (English) conditions," McGrath told the Sun in an interview.

"He is a big player and if he has a big series for England, Australia will find it tough. If Australia bat well and can get on top of him, that'll make a massive impact on their chances," McGrath added.

The 49-year-old McGrath, working with online trading broker ThinkMarkets to encourage more young people to get into sport, added: "But Jimmy is on his way to 600 Test wickets, which is absolutely incredible."

"Jimmy's got the record now and it won't be beaten," said McGrath. "For a fast bowler to beat whatever record he sets, they are going to have to play 150 Tests-plus."

This season's Ashes is being played with last year's Dukes ball, which has a bigger seam than the one now in use for the 2019 English domestic season.

While that should benefit both Anderson and new-ball partner Stuart Broad, six-time Ashes winner McGrath thinks the 2018 Dukes will aid Australia's attack as well.

"Pat Cummins will bowl really well with it and if Mitchell Starc is swinging that new ball 150 kilometres (93 miles) per-hour-plus and bowling attacking lengths, he's a handful for anyone," he said.

"It's going to be whether our batsmen have learned and adjusted from last time they were here, when they just went too hard at the ball."

Australia have won just three of their past 19 Tests in England including the match at Edgbaston in 2005, when McGrath was ruled out on the morning of the match after injuring his ankle treading on a stray ball during fielding practice.

While the former paceman refused to give one of his trademark Australia whitewash forecasts, he said Tim Paine's men could retain the Ashes.

"Teams around the world are becoming stronger at home and worse away. That is a massive concern," he said.

"But having been here for the World Cup, a lot of Australia's players have been able to adapt and adjust to conditions, to play on the pitches and get a little bit of a feel for everything.

James Anderson The Ashes 2019 Cricket
Get the latest updates on India vs South Africa and check out  Schedule, Results and Live Score. Like us on Facebook or follow us on Twitter for more sports updates. You can also download the NDTV Cricket app for Android or iOS.