Watch: How Nathan Lyon Let The Ashes Urn Slip Out Of His Hands

With England needing two runs to win, a massive opportunity came knocking on Australia's door after a colossal mix-up between Ben Stokes and Jack Leach. 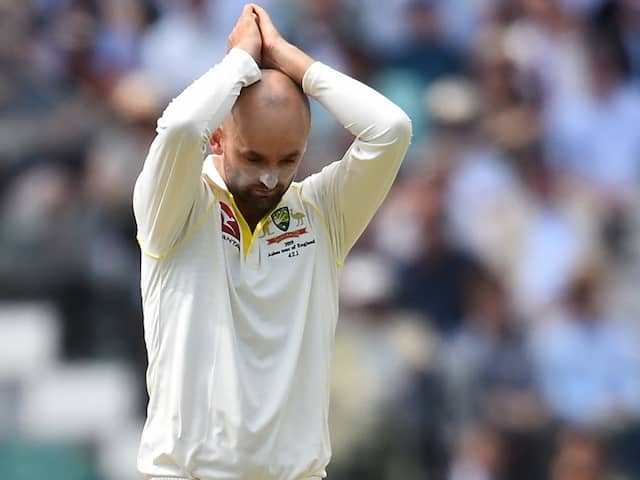 Nathan Lyon missed a massive run-out opportunity when he failed to gather the ball.© AFP

Australia were on the brink of retaining the Ashes but were denied by the incredible Ben Stokes, who single-handedly took England to a series levelling win in Headingley, Leeds. Things, though, could have been very different but for some crucial errors in the field from the Australians. The opportunity came knocking on Australia's door with England needing two runs to win. A colossal mix-up between Ben Stokes and Jack Leach should have seen the No.11 run out but inexplicably Nathan Lyon failed to gather the throw and with it let the Ashes urn slip from Australia's grasp.

Ben Stokes reverse-swept Nathan Lyon's fifth delivery to point. The England all-rounder didn't really react but non-striker Jack Leach charged halfway down the pitch. Stokes sent him back but Leach had come too far down, the throw came in from the fielder but Lyon fumbled it much to the joy of England fans.

The very next ball, Lyon had a massive lbw appeal against Stokes turned down by umpire Joel Wilson only for replays to suggest it would have been out.

But Australia had used up all their reviews.

England still needed two to win but Leach, who made a career best 92 as nightwatchman in a recent Test win over Ireland, was on strike to Pat Cummins.

Leach though managed a single that tied the scores as he got off the mark after 59 minutes at the crease.

And Stokes then cut Cummins for a boundary to seal an astounding triumph.

Nathan Lyon The Ashes 2019 Cricket
Get the latest Cricket news, check out the India cricket schedule, Cricket live score . Like us on Facebook or follow us on Twitter for more sports updates. You can also download the NDTV Cricket app for Android or iOS.