India vs Zimbabwe: Ishan Kishan's "Fake Candid With The Boys" Is Viral 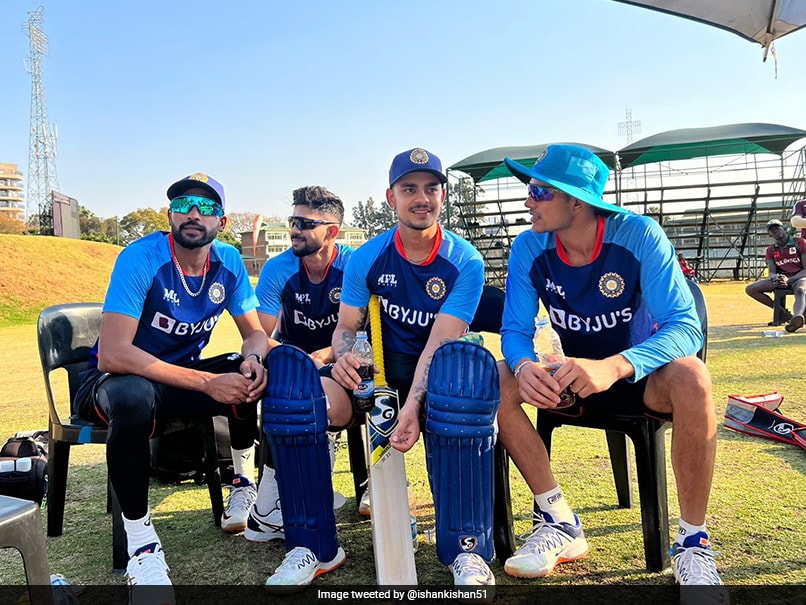 The Indian ODI team is in Zimbabwe for a three-match series and even as they prepared for the opening game, it didn't stop the players from having some fun. Wicketkeeper-batter Ishan Kishan took to social media to share a picture with teammates Shubman Gill, Shardul Thakur and Mohammed Siraj. "Fake candid with the boys," the southpaw captioned the picture, which went viral on Twitter. The post got over 17,000 'likes' and was retweeted over 280 times.

Fake candid with the boys pic.twitter.com/3IMTzqoEPf

On Instagram, it garnered over 1 lakh 'likes' and some hilarious comments.

His India and MI teammate Suryakumar Yadav also had a few words.

"Everything looks so perfect," he wrote, with a laughing emoji.

Recently, Kishan featured in a hilarious reel with Shikhar Dhawan and Gill, where the three can be seen putting out some fine dance moves.

Ishan Kishan has been picked in the playing XI for the first ODI in Harare, where KL Rahul won the toss and opted to bowl.

The left-hander was left out of India's squad for the upcoming Asia Cup.

"I feel that what selectors do is fair. They put a lot of thought while selecting players as to who should be given the opportunity and where. It is a positive for me because if I am not selected, I will work harder and score more runs. When selectors will have confidence in me, they will obviously keep me in the team," he had said after his snub from the squad for the competition.

Shikhar Dhawan Shardul Thakur Mohammed Siraj Cricket Social
Get the latest updates on India vs South Africa and check out  Schedule, Results and Live Score. Like us on Facebook or follow us on Twitter for more sports updates. You can also download the NDTV Cricket app for Android or iOS.