This was the first time a women's match was the headliner of WrestleMania. 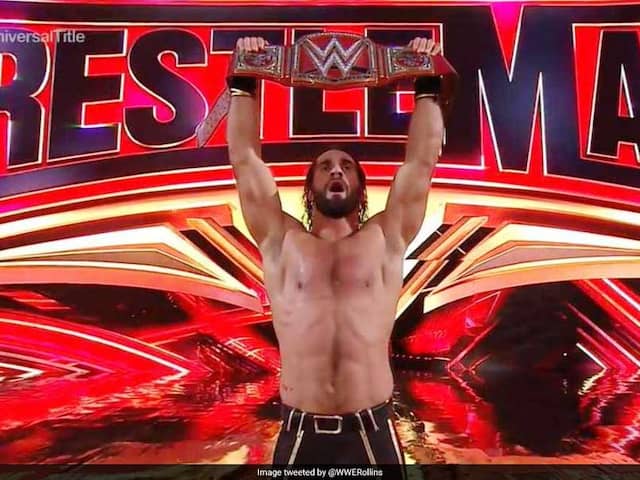 WrestleMania 35 for the first time featured an all-female final where Irish wrestler Becky Lynch defeated Ronda Rousey and Charlotte Flair (WWE Smackdown Champion). In doing so, she was crowned the RAW and Smackdown champion. This was the first time a women's match was the headliner of WrestleMania. Lynch, earlier won the women's Royal Rumble championship this year. On the other hand, Rousey is the former UFC bantamweight champion walked into the WWE podium draping the WWE Raw Women's Championship on her shoulder.

Rousey began the assault over Flair and Lynch outside the ring. However, Lynch threw Rousey inside the ring post, which allowed Flair to attack Rousey. The former best friends, Lynch and Flair were up to blows in the centre of the ring. Lynch was side-lined after she was hit on her injured knee.

However, Lynch began to work on her offense as Flair was dumped onto her head from the top turnbuckle. Thereafter, Rousey attempted to finish the match with her finishing move, which is the "Piper's Pit". While rolling through the move, Lynch trapped Rousey's shoulder on the canvas. The referee then jumped in to make the three counts, which gave Becky Lynch the victory.

In another match, Seth Rollins defeated Brock Lesner to emerge new WWE Universal Champion. Rollins challenged Lesner after he won the Royal Rumble earlier this year. Lesner accepted the challenge and attacked Rollins before the bell rang. Owing to his bruised back, Rollins was finding it difficult to find ground when he entered the ring. Rollins was bleeding following the F5 attacks by Lesner. However, on finding an opportunity Rollins hit Lesner with a low blow. He followed it up with three Curb Stomps. Thereafter, he pinned Lesner to walk out as Universal Champion.