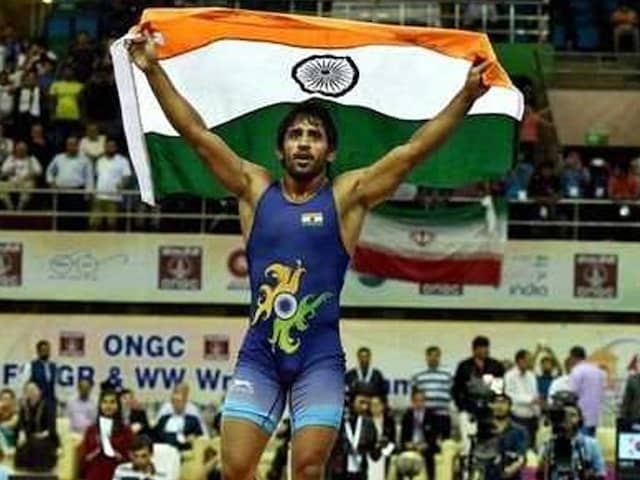 Bajrang Punia is set to become the first wrestler from India to fight at the iconic Madison Square Garden in New York. The 25-year-old, who won the gold medal in the 65-kg category at the ongoing Asian Wrestling Championships earlier this week, is the first Indian wrestler to be invited by the American governing body. Bajrang Punia will take part in the "Grapple at the Garden -- Beat the Streets" fight night, scheduled to be held on May 6. He is currently the World No.1 in the 65-kg weight category.

Bajrang Punia will be up against two-time US national champion Yianni Diakomahlis at the "Grapple at the Garden -- Beat the Streets" event, which has become a major showcase for international wrestling since 2010.

"If you see it from a player's perspective then it is quite an experience fighting at Madison Square Garden. It's great exposure. But there is happiness and there is fear," Bajrang Punia told AFP.

"Happiness because I am the first Indian to be invited there. Fear because of my country's expectations whether I will be able to meet up with it or not," added Bajrang Punia, who hails from Jhajjar district of the north Indian state of Haryana.

"He has been winning all this time and he will triumph at Madison Square Garden," Yogeshwar Dutt told AFP.

"He wins finals everywhere he goes. I just tell him to keep working hard."

American wrestler Kyle Snyder, who won the 97kg title at the 2016 Olympics in Rio, and Jordan Burroughs -- 2012 London Olympics gold winner -- are the other top attractions at the event.