England will witness the World Cup 2019 final, the Wimbledon men's singles final and the British Grand Prix, all on Sunday, July 14. 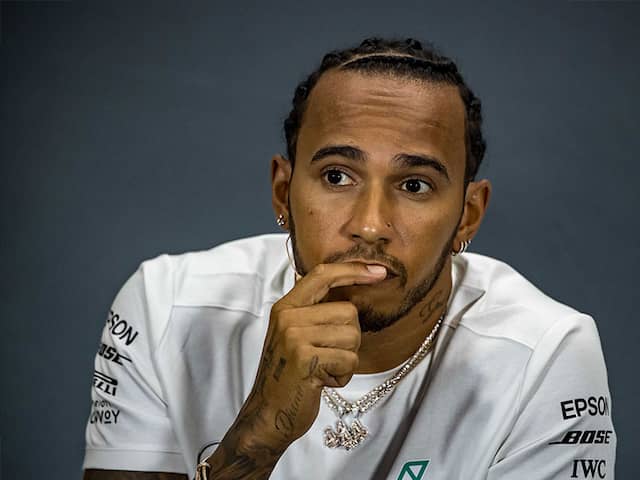 England are set to host three of the biggest sports events on July 14 (Sunday) as British Grand Prix Formula One race and Wimbledon men's singles final fall on the same day as the World Cup 2019 final, to be played between England and New Zealand at Lord's. Mercedes driver Lewis Hamilton seemed baffled with the tight sports schedule, claiming that the fans will be left switching between channels on Sunday. "I don't understand why the organisers put the race on the same day as all these other big events," Lewis Hamilton said in the pre-race press conference at Silverstone on Thursday.

"I hope in future they (don't). This is such a special weekend it needs the focus of the whole country. People will be switching between channels on Sunday not knowing what to watch," he added.

England have qualified for the World Cup final for the first time since 1992 and will face New Zealand in their bid to clinch a maiden World Cup title.

In Wimbledon men's singles final, one of either Roger Federer or Rafael Nadal, who face off in the semi-final on Friday, will lock horns with Novak Djokovic or Roberto Bautista Agut.

Five-time world champion Hamilton has his sights set on a record sixth British GP victory which will help him overtake Jim Clarke and Alain Prost as the most successful driver at Silverstone.

He currently leads the championship table by 31 points, with Mercedes team mate Valtteri Bottas at the second spot.

Mercedes, however, lost the Austrian GP due to the hot conditions that exposed the car's cooling conditions and Hamilton believes that they will do better on Sunday.

"We are fully aware the Ferrari and Red Bull have taken a step forward but if we did not have the issues we have, we would have been in the fight (in Austria)," Hamilton said.

"This weekend it will be closer. Ferrari were quick here last year. Red Bull were a bit off but now they have a new engine I expect them to be better. It is definitely not going to be an easy weekend."

Novak Djokovic
Get the latest updates on IPL 2020, check out the IPL Schedule for 2020 and Indian Premier League (IPL) Cricket live score . Like us on Facebook or follow us on Twitter for more sports updates. You can also download the NDTV Cricket app for Android or iOS.