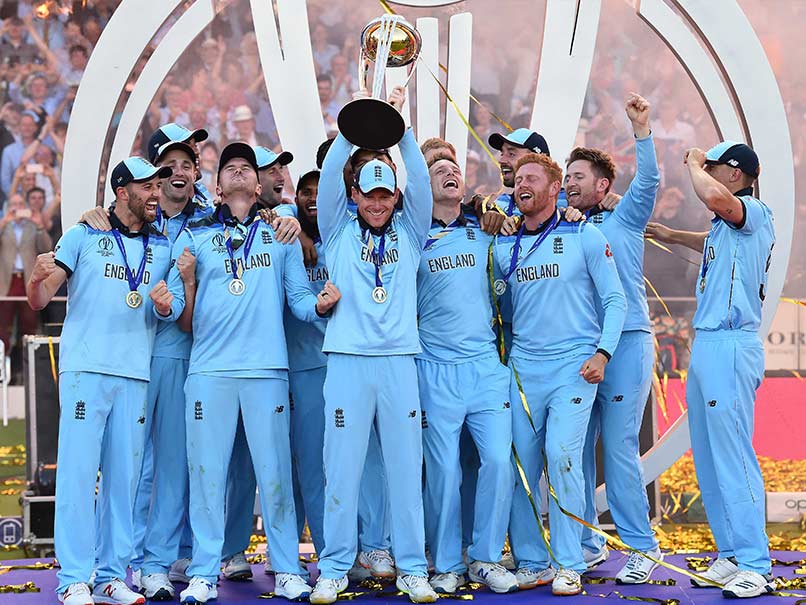 England never lost a match in World Cup 2019 with Liam Plunkett in the playing XI.© AFP

England created history as they lifted the World Cup trophy at Lord's in London on Sunday. The two finalists England and New Zealand both scored exact number of runs, first in their 50 overs and then the Super Over, and the result was decided by the superior boundary count. England were crowned as the world champions as they struck more boundaries during the course of the match. Apart from few brilliant individual performances, England also needed some luck and bowling all-rounder Liam Plunkett thinks they had plenty going their way.

England never lost a match in World Cup 2019 with Plunkett in the playing XI -- their three defeats against Pakistan, Sri Lanka and Australia came when he was not in the side.

"The old lucky charm thing, I was riding with it! I was hoping the coach thinks that so I can get a game," Plunkett said.

"I don't believe in the stars and all that stuff, but it was the first time that I felt: 'This is meant to be'.

"I just felt we did deserve it as a bunch of guys.

"We are good mates but we also work hard. Everyone else does but I felt it was meant to be.

"Especially when those overthrowswent, that changed the tide."

Plunkett was selected way back for the 2007 World Cup as a young tyro, but since has had to bide his time with long spells in the international wilderness.

But after this watershed moment on free-to-air TV -- he hopes the first Ashes winning team of 2005 that inspired a nation have been replicated 14 years on.

He added: "The last four years playing for England was the best time of my life. Even if we didn't win the World Cup it would have still be a journey. We have been amazing, we have changed the culture of cricket in England".

Lord's, London World Cup 2019 Cricket New Zealand vs England, Final
Get the latest updates on IPL 2021, check out the IPL 2021 Schedule and Indian Premier League Live Score . Like us on Facebook or follow us on Twitter for more sports updates. You can also download the NDTV Cricket app for Android or iOS.