A top BCCI official has said the India vs Pakistan World Cup 2019 match will not take place if the Indian government is against it. 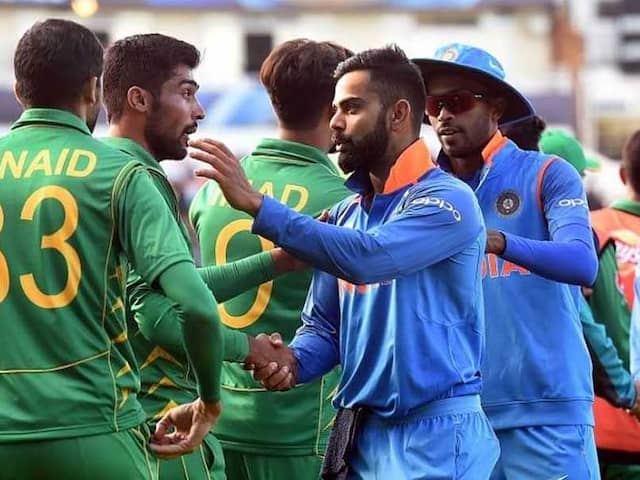 India vs Pakistan World Cup 2019 is slated to be held on June 16 in Manchester.© AFP

A top official of the Board of Control for Cricket in India (BCCI) on Wednesday said that the World Cup 2019 match between India vs Pakistan will not take place if the Indian government is against it. The official, however, cautioned that if India does not play against Pakistan in the tournament then the latter will get the points despite the match not taking place. It was further clarified by the official that the Indian board has not approached the International Cricket Council (ICC) over the matter.

"The situation with regard to World Cup can only become clear after some time that is a little closer to the World Cup. ICC has nothing to do with it. If the government, at that point of time, feels that we should not play then we should not play. It is obvious that we won't play but result for that would be that Pakistan will get the points for match and if it is the final match then without playing, Pakistan will win the cup," the BCCI official told ANI.

"As of now we have not approached the ICC in this regard," the official added.

Meanwhile, ICC is scheduled to hold a meeting in Dubai from February 27 and there are chances that the matter relating to India vs Pakistan World Cup 2019 clash will be discussed on the sidelines. BCCI chief executive officer Rahul Johri and secretary Amitabh Chaudhry are expected to represent the Indian board in the meeting.

ICC chief executive officer David Richardson has already clarified that they are monitoring the situation between the two cricket boards. He further confirmed that the council has not received any indication of the India vs Pakistan World Cup match not taking place.

"Our thoughts are with the people that were impacted by the incident. And we are monitoring the situation with our members including the BCCI and PCB (Pakistan Cricket Board). Certainly there are no indications any of the matches, including the Pakistan-India match, will not be played as planned at the World Cup. But as I say we will continue to monitor the situation," Richardson told ESPNcricinfo.

"Sport, and cricket in particular, is perfectly placed - it has the wonderful ability to bring people together to unite communities. And hopefully cricket can be used in this fashion rather than a way of (dividing) people," he added.

India and Pakistan are scheduled to play against each other in 2019 World Cup on June 16 but after the Pulwama terror attack, a large section of fans want India to boycott the clash.

Around 40 personnel were killed when a CRPF convoy, while moving from Jammu to Srinagar, was attacked by a suicide bomber in Pulwama on February 14.

Pakistan Cricket Team BCCI Cricket World Cup 2019
Get the latest Cricket news, check out the India cricket schedule, Cricket live score . Like us on Facebook or follow us on Twitter for more sports updates. You can also download the NDTV Cricket app for Android or iOS.