India are scheduled to face Pakistan in the Cricket World Cup 2019 on June 16 at Old Trafford. 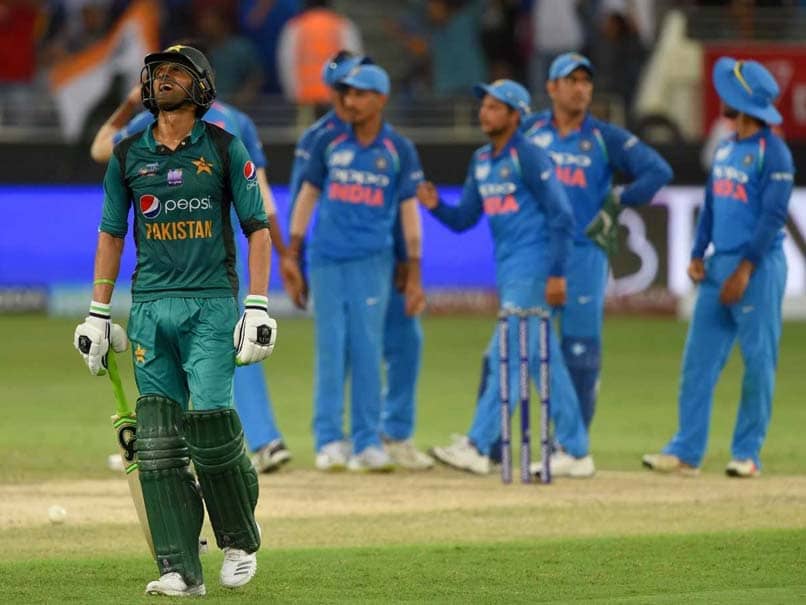 India will face Pakistan at the World Cup in Manchester.© AFP

The India vs Pakistan mega clash at the ICC World Cup 2019 is slated to take place on June 16 at Old Trafford in Manchester. However, following the Pulwama attack, angry fans have urged India to boycott the match against their arch-rivals. Indian Premier League (IPL) chairman Rajiv Shukla, on the other hand, had earlier not given a clear view on India's stand on the matter, saying, "World Cup is far away. We will see what happens."

The Cricket Club of India (CCI), among the country's oldest clubs, also joined calls for the national team to stay away from the June 16 match.

Pakistan have denied any involvement in the suicide attack on a military convoy that killed 40 paramilitary police last week, the bloodiest loss by Indian security forces in decades.

"Let's boycott Pakistan in @ICC Cricket World Cup! Let's stand together against the terrorism they are sponsoring," cricket fan Ishan Datta said in a tweet.

Another Indian cricket supporter said the Board of Control for Cricket in India (BCCI), one of the world's richest cricket boards, should use its influence to force Pakistan out of the ICC.

"Either India will be part of World Cup 2019 or Pakistan. You have enough funds to pull this off," the supporter tweeted.

India and Pakistan have not hosted a cricket series between their countries since 2013 due to political tensions.

However, the national teams have faced each other in tournaments such as the 2017 Champions Trophy and 2018 Asia Cup held in neutral venues.

Reuters could not immediately reach Amitabh Choudhary, the acting secretary of the BCCI, which manages Indian cricket, for a comment on the calls for a boycott.

The Cricket Club of India (CCI) said it supported a boycott of Pakistan at the World Cup in June.

"Though CCI is a sporting association, nation comes first, even before sports," Suresh Bafna, its secretary, told Reuters partner ANI.

In CCI's Mumbai office, a cloth had been placed over a portrait of former Pakistan captain and current Prime Minister Imran Khan, ANI and other media reported.

Photographs of Pakistani cricketers were removed from inside the Mohali cricket stadium.

Coverage of the Pakistan Super League (PSL) Twenty20 competition has been blacked out in India.

The Pakistan Cricket Board (PCB) expressed "extreme disappointment" on its website.

"Denying India cricket fans the right to follow PSL ... as well as covering or removing portrait of former Pakistan cricket captain and Prime Minister Imran Khan and other legendary cricketers from one of the most historic cricket clubs and venues are highly regrettable actions," PCB Managing Director Wasim Khan said.

The PCB said it would take up the incidents at the ICC committee meeting in Dubai later this month.