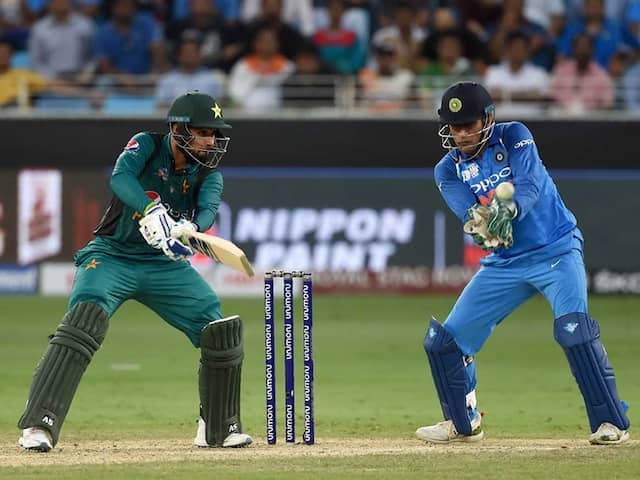 Following the Pulwama attack, some of the fans and cricketers from India asked the national team to call off its match against Pakistan at the ICC World Cup 2019, in Manchester on June 16. India spinner Harbhajan Singh recently told a news channel that "country comes first" and Team India should not play Pakistan in the World Cup. However, International Cricket Council CEO Dave Richardson said there is no such indication as of now that the match will be cancelled, adding that he doesn't foresee any change in the schedule.

"Our thoughts are with everyone who has been affected by this terrible incident and we will be monitoring the situation with our Members," Richardson said, offering his condolences on the terror attack in which 40 CRPF personnel were killed.

"There is no indication that any (of the) matches at the ICC Men's Cricket World Cup will not go ahead as planned," Richardson said.

"Sport, in particular cricket, has the wonderful ability to bring people together and unite communities and we will work with our Members on that basis," he added.

Even the men who mattered in the BCCI said that not playing Pakistan in the World Cup is a "long shot" as of now.

"Harbhajan had shared his point of view but he didn't clarify what happens if we are again pitted against them in semi-final or suppose final. Does that mean that we will be forfeiting World Cup semi-final or final? So we are all talking about hypothetical situations," a senior BCCI official said.

"For the record, India played Pakistan in a World Cup game in England in 1999 edition when Kargil War was at its peak," the official added.

"This is a difficult time. The attack that has happened, it was unbelievable and it's very wrong. Strict action will surely be taken by the government. When it comes to cricket, I don't think we should have any relations with them otherwise they will keep treating us like this," he added.

Harbhajan said India doesn't need to revive any sort of sporting ties with Pakistan as a mark of respect for the martyred CRPF Jawans.

"I don't think India should play the World Cup match against Pakistan. Country comes first and we are all standing behind our country. Cricket or hockey or sports, it should be kept aside because this is a huge thing and repeatedly our soldiers are killed," the veteran off-spinner had said.

Many affiliated units have removed photos and portraits of Pakistani cricketers with one of the oldest units Cricket Club of India (CCI) leading the way by covering a portrait of Pakistan PM Imran Khan.

Pakistan Cricket Team Cricket Harbhajan Singh International Cricket Council
Get the latest Cricket news, check out the India cricket schedule, Cricket live score . Like us on Facebook or follow us on Twitter for more sports updates. You can also download the NDTV Cricket app for Android or iOS.