West Indies started their campaign in England in impressive style, beating Pakistan by seven wickets but have since lost to Australia, England and Bangladesh. 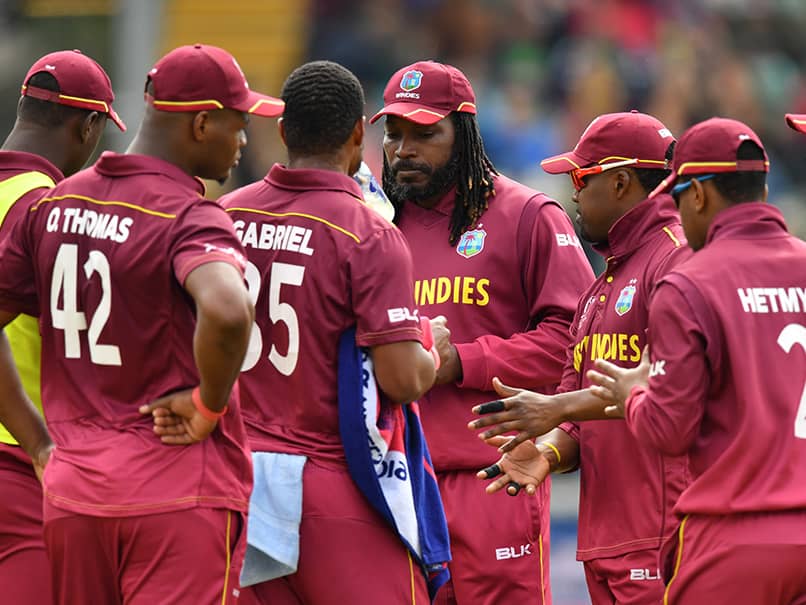 West Indies, after starting their World Cup 2019 campaign impressively, have shot themselves in the foot by losing three matches, which has minimised their chances of finishing in top-four. Their last loss came on Monday against Bangladesh after their bowlers failed to defend 321 runs. Disheartened with the team's performance, West Indies assistant coach Roddy Estwick has warned his players to not give excuses but instead perform on the field.

"We can stand here, saying 'if this' and 'if that' -- we didn't play well, we've lost the cricket game and that's that," Estwick said.

"We've got to come back stronger. We've still got four games left in the tournament and we can't point fingers or apportion blame to anyone.

Former Barbados player Estwick stressed the importance of the two-time world champions sticking together in the face of adversity.

"We have to stick together, that's how good teams pull through. We've got to stop looking for excuses and start finding solutions."

The Caribbean team started their campaign in England and Wales in impressive style, beating Pakistan by seven wickets but have since lost to Australia, England and Bangladesh.

With games to come against fancied New Zealand and Virat Kohli's powerful India, the West Indies' chances of progressing to the semi-finals from the 10-team round-robin phase look bleak.

West Indies scored 321-8 in Taunton on Monday only to be undermined by an under-par bowling display as Bangladesh cruised home with seven wickets to spare.

Estwick paid tribute to Bangladesh, who kept their own World Cup hopes alive by taming the West Indies pace attack, while also promising his own side would come back with renewed vigour.

"Four years ago, everyone was saying how exciting and refreshing West Indies cricket looked," he said.

"Hindsight is a wonderful thing. If we'd bowled spin against Bangladesh, everyone would have said that we should have stuck to our strengths.

"Four games down the road, it's the worst tactic in the world. Give Bangladesh credit. They played well and they're an improving side.

"They've played us now five times in the recent past and have beaten us every time. We just have to go away and put our heads together and find a solution.

"We're not down and out yet. We're going to fight and come back harder."

Jason Holder World Cup 2019 Cricket
Get the latest updates on IPL 2021, IPL Points Table , IPL Schedule 2021 , live score . Like us on Facebook or follow us on Twitter for more sports updates. You can also download the NDTV Cricket app for Android or iOS.