Virat Kohli became the fastest to reach 11,000 ODI runs mark during his 77-run knock against Pakistan. 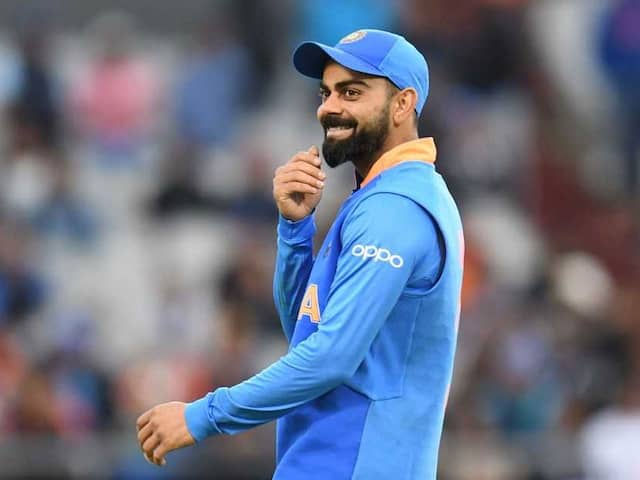 Virat Kohli shared a video that had gone viral after India-Australia match.© AFP

Virat Kohli, who became the fastest to reach 11,000 ODI runs mark during his 77-run knock against Pakistan, achieved yet another milestone but this time it came off the cricket field. The Indian skipper, who has many cricket records to his name, crossed 30 million followers on Twitter. Elated with his new achievement, Kohli shared a video which had gone viral after India-Australia match, to thank all his followers who helped him reach the landmark. The video contained Kohli's famous reaction after former skipper MS Dhoni smashed Mitchell Starc's full length delivery over the fence deep into the stands on June 9.

"also my reaction when we crossed 30 million on Twitter. Thanks for all the love and support everyone," Kohli captioned the video.

also my reaction when we crossed 30 million on Twitter. Thanks for all the love and support everyone. #30MillionStrong pic.twitter.com/TGOrUQvWac

Virat Kohli's men are going strong in World Cup 2019 as they are the only team other than New Zealand who are yet to lose a match in the ongoing showpiece event.

The Indian skipper himself is in fine form, scoring 177 runs in three innings, with two half-centuries.

India currently are sitting on the fourth spot in the points table and are right on course to finish in the top four.

Virat Kohli and his men are training in Southampton ahead of their match against Afghanistan on June 22 at The Rose Bowl stadium.