Virat Kohli had gestured to the Indian fans not to boo Steve Smith and applaud him instead, during the World Cup 2019 league match at the Kennington Oval. 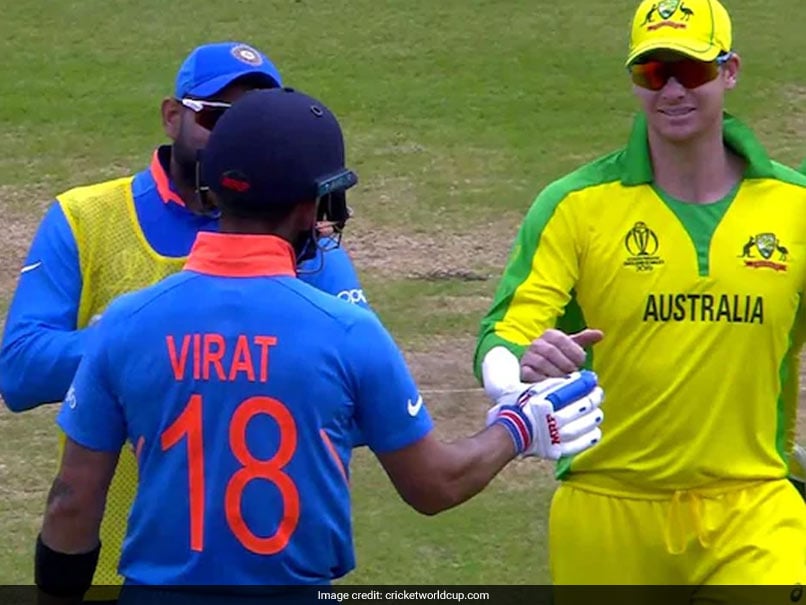 Virat Kohli has always been seen as a brash and in-your-face cricketer who refuses to give an inch. Which is largely true, but the Indian captain also keeps respect to his rivals, win or loss. One such case was when Virat Kohli gestured to Indian fans to stop booing former Australian skipper Steve Smith when thetwo teams met for their World Cup 2019 clashat the Kennington Oval on June 9. The fans were booing Steve Smith, who has just returned to the Australian team after serving a one-year ban for ball-tampering, and Kohli, who was batting, made gestures to them to stop booing the Australian.

Smith has said that it was a lovely gesture from the Indian captain.

Speaking about it in the post-match press conference, Kohli apologised to Smith on behalf of the Indian crowd.

"Just because there are so many Indian fans here, I just didn't want them to set a bad example, to be honest, because he didn't do anything to be booed in my opinion," the 30-year-old said.

"He's (Smith) just playing cricket. He was just standing there, and I felt bad because if I was in a position where something had happened with me and I had apologised, I accepted it and I came back and still I would get booed, I wouldn't like it either.

"So I just felt for him, and I told him, I'm sorry on behalf of the crowd because I've seen that happen in a few earlier games, as well, and in my opinion that's not acceptable," Kohli added.

Smith and David Warner have been repeatedly heckled on the field since their return to the Australian team following their one-year bans over the Newlands ball-tampering incident.

However, Kohli said he felt for Smith in his current circumstance.

"Look, I think what's happened has happened like long back, the guy is back, he's trying to play well for his side. Even in the IPL I saw him, it's not good to see someone down like that, to be honest. We've had issues in the past. We've had a few arguments on the field. But you don't want to see a guy feeling that heat every time he goes out to play."

"What's happened has happened. Everyone has known that. He's come back. He's worked hard. He's playing well for his side now," he added.

Virat Kohli World Cup 2019 India vs Australia, Match 14 Cricket
Get the latest updates on IPL Auction 2023 and check out  IPL 2023 and Live Cricket Score. Like us on Facebook or follow us on Twitter for more sports updates. You can also download the NDTV Cricket app for Android or iOS.