Australia's Steve Smith is hungrier than ever to prove his mettle after returning from a one-year ban for ball-tampering. 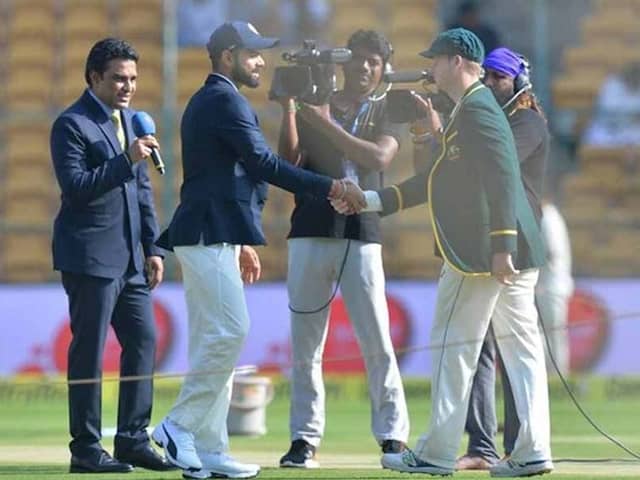 Virat Kohli is all set to lead the Indian team, for the first time in a 50-over World Cup. Australia's Steve Smith, on the other hand, is hungrier than ever to prove his mettle after returning from a one-year ban for ball-tampering. As both fans and critics await the clash between two superstar batsmen, England's Jos Buttler believes both Virat Kohli and Steve Smith are different from each other but are very impressive. Jos Buttler observed the game of Virat Kohli and Steve Smith closely in the recently-concluded Indian Premier League (IPL) 2019.

"Both obviously amazing batters, I first time saw Steve up so close this IPL, it was a great experience to watch him go about his practice and his work ethics. As for Virat, we all know what a fantastic player he is and has been. He is probably the 'form batsman' for the last 12 months in the world. Two fantastic players, very different styles, but both very impressive," Buttler told IANS.

While pundits feel that the manner in which Buttler goes about his business at the top of the innings for England will decide the fate of the hosts in this edition of the showpiece event, England wicketkeeper-batsman has picked Ben Stokes for a special mention.

"Ben is the biggest key player really for England. He balances the side brilliantly in the way he can bat and bowl and has a great influence on the whole team. He is one of the best all-rounders in the world and I am looking forward to him showing that with some quality performances in the World Cup," he pointed.

Talking of his own journey in the last year, Buttler feels the elevation to the top of the innings while playing for Rajasthan in the IPL changed the course of his career.

"It has been an incredible year personally. I think last year when I started with the Royals, I was doing okay, but I wasn't quite feeling like I was showing exactly what I was capable of and a change to the top of the order coincided with a great run of form and from there I was very lucky to be involved with England in Test match cricket and had a really enjoyable summer. Have been riding that wave ever since and looking to make it continue and last as long as possible," he said.

England are touted as one of  the favourites going into World Cup 2019 and Buttler believes it is the result of the effort that the team has put in over the last couple of years. But he is quick to add that all these mean nothing once the tournament gets underway on May 30.

Jos Buttler World Cup 2019 Cricket
Get the latest Cricket news, check out the India cricket schedule, Cricket live score . Like us on Facebook or follow us on Twitter for more sports updates. You can also download the NDTV Cricket app for Android or iOS.