India tasted their first defeat of World Cup 2019 campaign at the hands of hosts England at Edgbaston, Birmingham on Sunday. 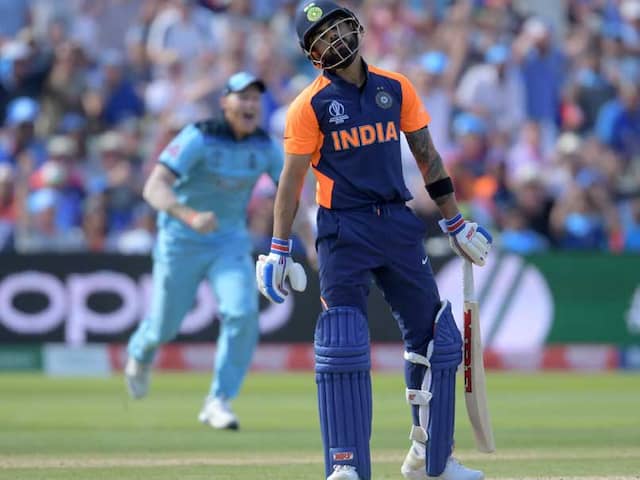 India tasted their first defeat of World Cup 2019 campaign at the hands of hosts England at Edgbaston, Birmingham on Sunday. Despite a century from Rohit Sharma and skipper Virat Kohli's fifth consecutive half-century, India, chasing 338 to win, could only manage 306/5, falling 31 runs short of the target. Speaking at the post match presentation, Virat Kohli said, "if we were clinical with the bat, the result could have been different, I think."

After Kohli and Rohit's departure debutant Rishabh Pant and Hardik Pandya added runs quickly to keep India in the game. Skipper Kohli also believed that when the duo were batting India were very much in the game.

"We had a decent chance when they (Pant and Pandya) were in there. We kept losing wickets and that doesn't help in a big chase, but credit goes to England in the end," Kohli said.

When asked about the performance of India's two spinners, he said, "If batsmen are able to reverse sweep for a six you can't do much as a spinner."

"They had to be more smart with their lines as it was difficult to contain runs with one short boundary," he added.

England at one stage were looking well on course to score in excess of 350 runs but Indian bowlers did well to contain the innings in the end.

Kohli seemed happy with the overall bowling performance. He said, "I thought they were going towards 360 at one stage, so we did well to pull things back.We were happy to restrict them to 330".

Ms Dhoni and Kedar Jadhav who came to bat after Pandya and Pant's departure struggled to hit boundaries.

When asked about this, Kohli said,"It's up to discussions with the two guys who were in there."

"They (England bowlers) bowled in good areas and the ball was stopping, hence it was difficult to bat towards the end."

India have two more matches against Bangladesh and Sri Lanka and they need to win at least one while England need to win their last league match against New Zealand to secure a semi-final spot.

Edgbaston, Birmingham World Cup 2019 Cricket
Get the latest Cricket news, check out the India cricket schedule, Cricket live score . Like us on Facebook or follow us on Twitter for more sports updates. You can also download the NDTV Cricket app for Android or iOS.