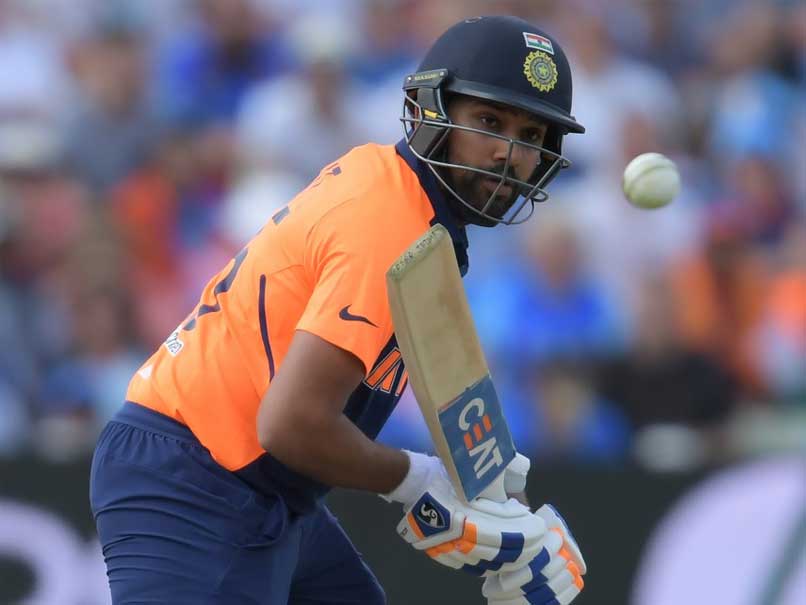 Rohit Sharma scored a brilliant hundred against England at Edgbaston in Birmingham on Sunday to keep India in the game. Chasing a challenging total of 338, India started cautiously after losing the wicket of KL Rahul in the third over. Rohit Sharma was looking out of touch initially in his innings but he didn't throw his wicket away. The 32-year-old Rohit built an important partnership of 138 with India skipper Virat Kohli. Virat Kohli lost his wicket after scoring his 54th ODI half-century, Liam Plunkett dismissing him for 66. On the other hand, Rohit kept going strong and registered his 25th ODI hundred and third of this World Cup.

Rohit was dismissed soon after he completed his hundred. He tried to go for the big hit against Chris Woakes but only managed to edge it through to the wicketkeeper.

After winning the toss and deciding to bat, England's opener gave the hosts, a perfect platform to post a huge total on the board. Jonny Bairstow scored his first World Cup ton, Ben Stokes and Jason Roy also chipped in with half-centuries. A quick cameo at the end from Jos Buttler, who scored a 8-ball 20 was also crucial for England to help them post a competitive total of 337/7.

Apart from Mohammed Shami and Jasprit Bumrah, all other bowlers went the distance. Shami was the pick of the bowlers for India. He bagged career best figures of 5/69. The 25-year-old Bumrah kept the scoring rate down in the death overs, as he finished with figures of 1/44 in his 10 overs.

England need a win, if they do not want to depend on other results to go in their favour for a place in the knockouts. India, on the other hand will look to cement their spot in the semi-finals with a couple of games still left in the league stage.

Rohit Sharma England vs India, Match 38 Cricket World Cup 2019
Get the latest updates on SA vs IND 2021-22, check out the Schedule and Live Score . Like us on Facebook or follow us on Twitter for more sports updates. You can also download the NDTV Cricket app for Android or iOS.