Mayank Agarwal has had a brilliant start to his India career as he impressed in the Test series Down Under. 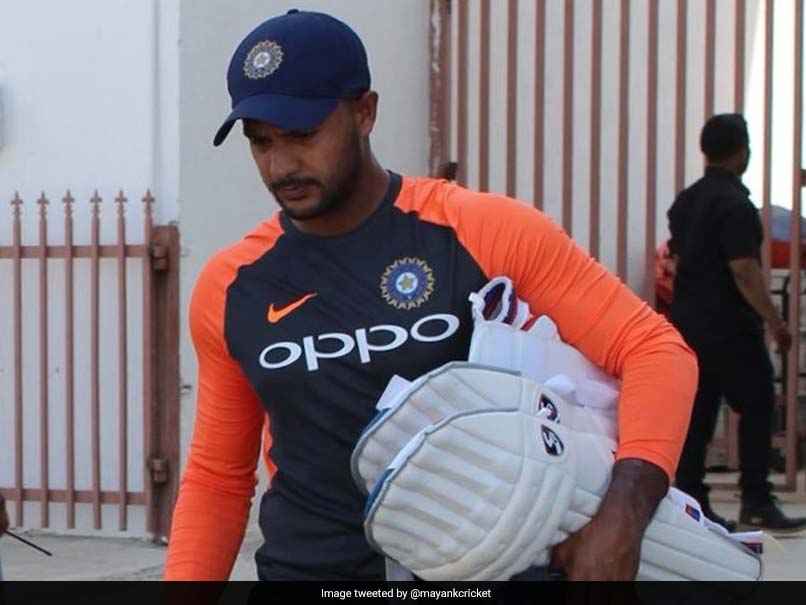 The sudden news of all-rounder Vijay Shankar being ruled out of the 2019 World Cup with a toe injury before the Bangladesh game and the move to bypass the list of reserves and name Mayank Agarwal as replacement definitely raises eyebrows. To think that despite naming Ambati Rayudu as a batting reserve when the selectors, led by MSK Prasad, announced the 15-member squad for the showpiece event and to then ignore him and fly in Mayank surely raises questions as to what made the national selectors change their mind.

Speaking to IANS, sources in the know of developments said that the call to pick Mayank and not Rayudu was in fact made by the team management and not the five-member selection panel.

"The team management had made it clear that they wanted Mayank as replacement for the injured Shankar. There was no question of the selectors debating that," the source said.

While it is no secret that Mayank has had a brilliant start to his India career as he impressed in the Test series Down Under, the fact that the Karnataka batsman can bat at the top of the order against the moving ball and KL Rahul can return to his preferred number four slot can also be a consideration behind the move to pick Mayank.

But the source added that Mayank's show in the tri-series against the England and West Indies 'A' teams in the summer of 2018 was also one of the reasons why the team management felt it was best suited to get him to join the team at Leeds on Wednesday.

"If you see the record he had during the one-day series against the 'A' teams, you will see that he scored 287 runs in four innings with two hundreds. Not to forget his 151 against Leicestershire in the warm-up game. That series was also played in June and July and the general thought is that he is versatile and can adapt well," the source pointed.

While this once again shows the need for a chairman in the selection panel who can put his foot down and make calls, it also makes one wonder as to why did the team management play Shankar in the game against West Indies if he was already carrying a toe injury after being hit by a Jasprit Bumrah yorker in the nets ahead of the game.

Virat Kohli Ravi Shastri
Get the latest updates on SA vs IND 2021-22, check out the Schedule and Live Score . Like us on Facebook or follow us on Twitter for more sports updates. You can also download the NDTV Cricket app for Android or iOS.