India defeated Australia by 36 runs at The Oval to register a second successive win in the World Cup 2019. 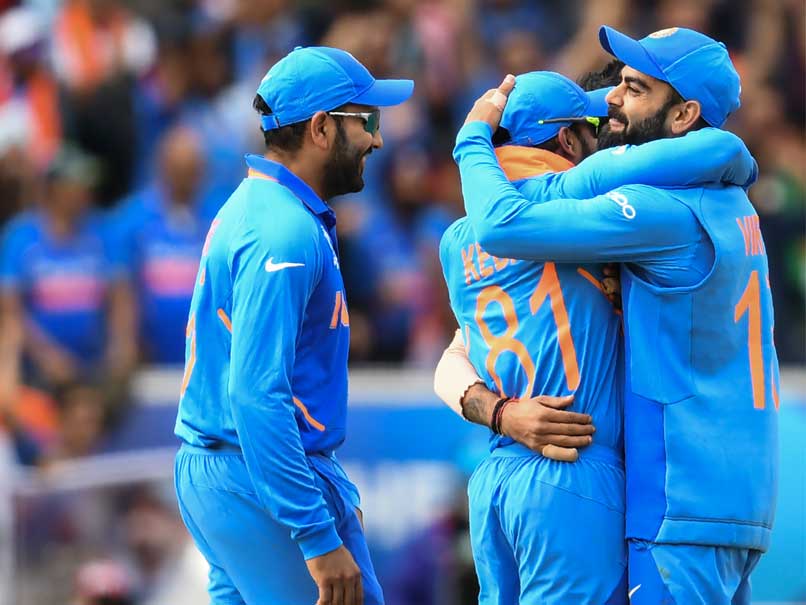 With the victory, India moved up to the third spot in the World Cup 2019 points table.© AFP

Virat Kohli heaped praise on the opening partnership and the bowling attack after India's 36-run win against Australia in the World Cup 2019 at Kennington Oval on Sunday. Recalling the ODI series loss to Australia at home in March this year, Indian skipper Virat Kohli said at the post-match presentation: "A top, top win for us after losing that series in India. We came in with intent right from ball one. The opening partnership was outstanding." India rode on batting heroics of Shikhar Dhawan, Virat Kohli, Rohit Sharma and Hardik Pandya to post a record highest ODI total against Australia in a World Cup match.

"It was an outstanding with the ball on a good batting track. You have to bowl well. You can't take things for granted. That 30 runs gives you the luxury," Kohli added.

Dhawan top-scored for India with 117 runs, while Kohli smashed 82 off 77 balls after Rohit Sharma's half-century. With this, India took control of the match early after Kohli opted to bat, a decision he called a "no-brainer" given the sunny conditions in south London.

"One of the top three getting hundred. We decided to send Hardik to cash in. Very professional again. You hardly need to say anything to them," Kohli explained.

Talking about Bhuvneshwar Kumar, the fast bowler whose place was in question before the match and finished with three wickets and an impressive economy, Kohli said he is a "champion" bowler.

Kohli also explained why Bhuvneshwar was picked over Mohammed Shami for the London encounter. "For us if Shami has to play, it has to be overcast and proper bowling conditions," Kohli said.

With the victory, India moved up to the third spot in the World Cup 2019 points table. New Zealand are on the top with three wins in as many matches, while England are second with the help of a better net-run rate than India.

Bhuvneshwar Kumar Cricket World Cup 2019 India vs Australia, Match 14
Get the latest updates on IPL Auction 2023 and check out  IPL 2023 and Live Cricket Score. Like us on Facebook or follow us on Twitter for more sports updates. You can also download the NDTV Cricket app for Android or iOS.