"One Off Day And Everyone Starts Talking": Virat Kohli Comes To MS Dhoni's Defence

Virat Kohli top-scored for India with his 72 runs off 82 balls which earned him the man of the match award. 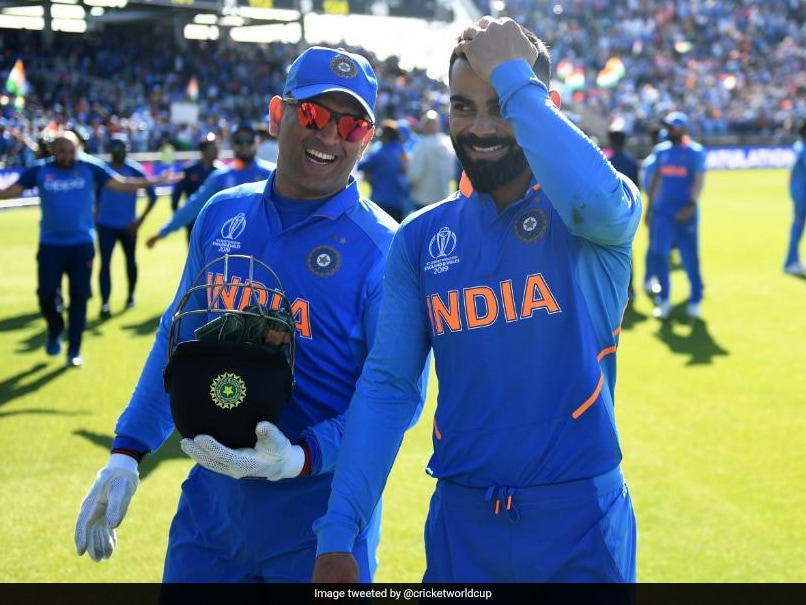 India defeated the West Indies by 125 runs at Old Trafford in Manchester on Thursday and are now just a win away from advancing to the semi-finals of the tournament. MS Dhoni, who received a lot of criticism for his slow knock against Afghanistan, scored 56 off 61 balls and starred for India with the bat against the West Indies. His two big hits in the last over of the innings helped India achieve a total of 268/7. Speaking at the post-match presentation, skipper Virat Kohli praised the effort of the former India captain and said, "Dhoni knows exactly what he wants to do in the middle".

Reacting to the criticism MS Dhoni received after the match against Afghanistan, the Indian skipper said, "when he has an off day here and there, everyone starts talking. We always back him. He has won us so many games".

Kohli top-scored for India with his 72 runs off 82 balls. His knock also earned him the man of the match award.

Kohli didn't shy away from admitting that having Dhoni in the squad is a blessing for the team as he is always there to support the team's cause by sharing his valuable feedback and understanding of the game.

"The best thing about having someone like him is when you need those 15-20 runs, he knows exactly how to get them. His experience, 8 out of 10 times has come good for us," said the Indian skipper.

"He has such a keen understanding of the game. Always sends us feedback, that you know 260 is a good score. He's a legend of the game. We all know that. Just hope he can continue," he added.

Following the win against the Windies, India remained the only unbeaten team in World Cup 2019 and will take on tournament hosts England on Sunday at Edgbaston in Birmingham. If they win that match they will book a semi-finals seat.

Old Trafford, Manchester World Cup 2019 Cricket West Indies vs India, Match 34
Get the latest updates on India vs South Africa and check out  Schedule, Results and Live Score. Like us on Facebook or follow us on Twitter for more sports updates. You can also download the NDTV Cricket app for Android or iOS.