Sarfaraz Ahmed said the Pakistan players and their families have been troubled by the taunting, which included social media trolling. 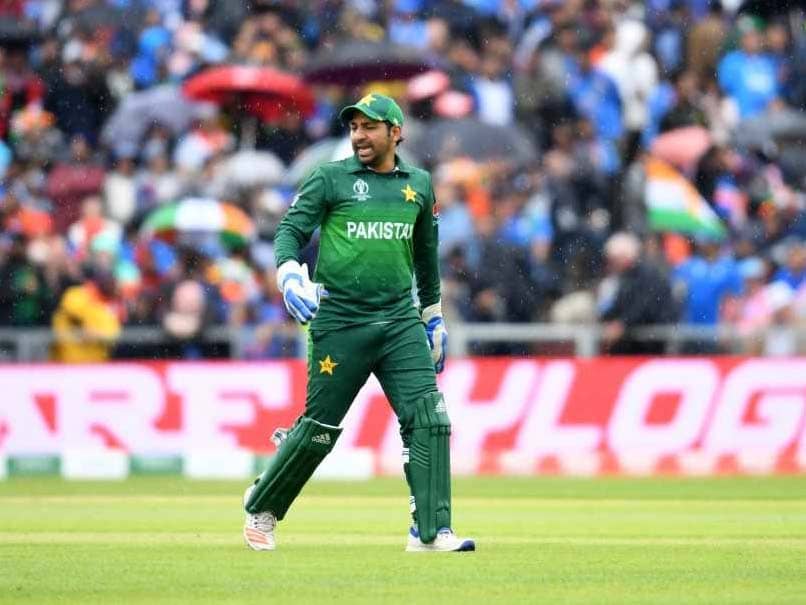 Pakistan are close to World Cup elimination after winning just one of their five matches.© AFP

Pakistan captain Sarfaraz Ahmed expressed displeasure over fans' behaviour with the team after their World Cup loss to India and urged the emotional fans to criticise the team's performance instead of abusing players. Recently, a video of an unidentified man fat-shaming Sarfaraz Ahmed went viral on social media. The offender, reportedly a Pakistan fan, was seen taking a selfie with the Pakistan skipper when he heard saying: "Why are you as fat as a pig? You have made Pakistan proud".

Imam-ul-Haq and Babar Azam were reportedly abused and shouted at while on lunch on Thursday, with fans claiming players responded by pushing them.

Pakistan's players were advised to be cautious following the incidents in London this week and Sarfaraz admitted the team and their families have been troubled by the taunting, which included social media trolling.

"Players have their personal lives. Whatever they (the public) think, they write it on social media. That hurts, too much. Players are affected psychologically. Such things should not happen," Sarfaraz said on the eve of Pakistan's must-win game against the Proteas at Lord's.

The 1992 champions are close to World Cup elimination after winning just one of their five matches.

They not only need to win all their four remaining matches to have a realistic chance of reaching the semi-finals, but also improve their inferior net run-rate.

Sarfaraz admitted fans will inevitably show their anger after such a disappointing World Cup for his country.

"I know you cannot stop anyone," said Sarfaraz, who was abused by a fan while at a shopping centre with his family.

"Our fans are emotional and these same people lift us when we win. But if they feel sad on a defeat we also feel the same way. We feel it much more because we are playing for Pakistan."

The video of the incident involving Sarfaraz went viral on social media, leading to condemnation of the fan who later apologised to the Pakistan captain on Twitter.

"Our families get affected. If someone is hitting, then pushing anyone that's not good. So the request is to talk about cricket," said Sarfaraz.

"There should be no abusing, criticise our game. That's not an issue. I have said before that cricket is such a game that it takes you high one day and then you fall the other day," he said.

"I have always tried to keep myself at the same position. I am like I am before. I have been with people who have kept me humble and down to earth."

The Pakistan Cricket Board (PCB) denied media reports that players are barred from going out for their own safety.

Sarfaraz Ahmed World Cup 2019 Cricket Pakistan vs South Africa, Match 30
Get the latest updates on IPL 2020, check out the IPL Schedule for 2020 and Indian Premier League (IPL) Cricket live score . Like us on Facebook or follow us on Twitter for more sports updates. You can also download the NDTV Cricket app for Android or iOS.