Watch: Man Apologises To Sarfaraz Ahmed After Fat-Shaming Him In UK Mall

An unidentified man, whose video of fat-shaming Pakistan skipper Sarfaraz Ahmed had went viral on social media, has issued an apology to the 32-year-old 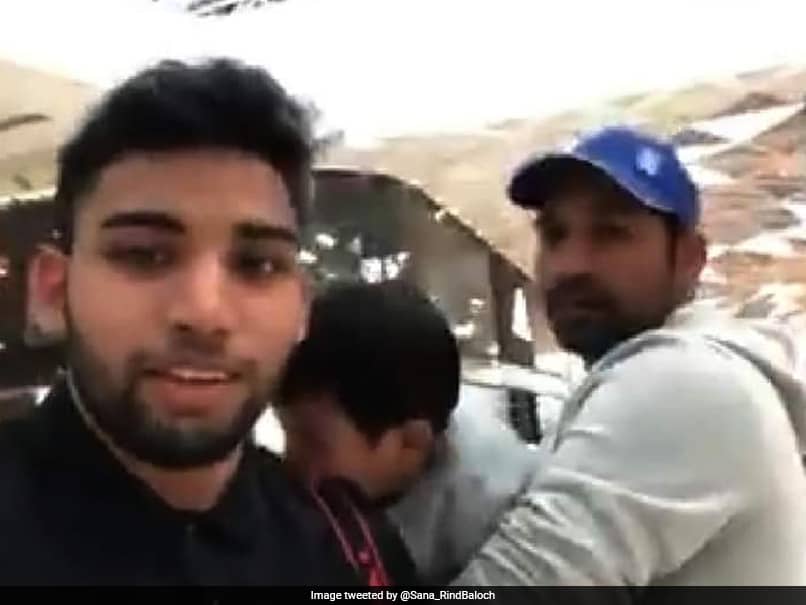 The man followed Sarfaraz Ahmed at a mall in UK© Twitter

No manners. No respect. Absolutely disgraceful behaviour. Yes the performances have not been good but the players don't deserve such abuse #CWC19 pic.twitter.com/o8rMNTVGXI

Dear @metpoliceuk this man is harrassing and bullying the Pakistani cricket captain @SarfarazA_54. It looks like this incident took place in Westfield Shopping Centre. Police must trace this man and arrest him for harrassment and bullying! Please take action! pic.twitter.com/mbPX1zBNwx

Every captain in history has lost an important match. #SarfarazAhmed doesn't deserve this. This is harassment... for heaven's sake he is with his child. https://t.co/JU8YFKMPyg

However, after drawing a lot criticism from fan and media all around the world, the man apologised through a video message.

In the video the offender says, "I was telling something to the Pakistani captain, which is not correct. I apologise to everyone, who was offended with the incident, I had never uploaded that video."

The man who abused sarfraz today makes an apology in his new video. Saying sorry to @SarfarazA_54 nd whole nation.
says that he neither new that the kid was his son nor sarfraz is hafiz e Quran

He also said that Sarfaraz Ahmed walked up to him angrily after the video was shot and had also promptly deleted the video.

The man concluded the video by saying even he is a Pakistani and didn't realised the outcome of the incident will turn out to be like this.

The incident, however, comes after a fan had hit out at the Pakistan cricketers after their loss to India at the World Cup 2019.

Sarfaraz Ahmed World Cup 2019 Cricket
Get the latest updates on India vs Australia Series, check out the India vs Australia Schedule for 2020-21 and Ind vs Aus live score . Like us on Facebook or follow us on Twitter for more sports updates. You can also download the NDTV Cricket app for Android or iOS.