Ricky Ponting will start after Australia's upcoming ODI tours against India and Pakistan. 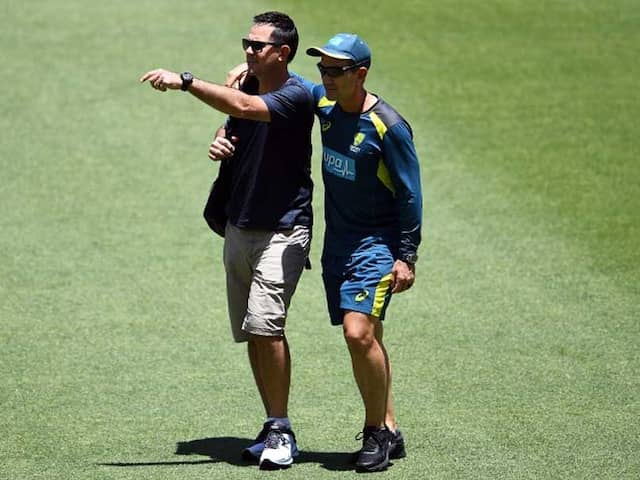 Three-time World Cup winner Ricky Ponting was Friday recruited to work alongside Australia coach Justin Langer ahead of the quadrennial event in England. The appointment of the vastly experienced Ponting, who played at five World Cups and won at three, comes a day after bowling coach David Saker quit. Cricket Australia said his addition as assistant coach would see him focus on working with the ODI batting group, while current batting coach Graeme Hick concentrates on preparing for the Ashes.

Ponting is a close ally of Langer, who said he was thrilled to have his friend and former colleague back in the fold.

"I know he will be a valuable mentor to not just the batting group, but the broader squad as we focus our attention on defending our World Cup title," said Langer.

"Ricky and I have worked together with the Australian men's team in the past, he is an extremely driven coach who is fully invested in the players development and improving Australian cricket.

"He has an impressive understanding of the game, he knows what's required to prepare and perform at the elite level, and we can't wait for him to get started working with the squad," he added.

He accompanied Langer during the West Australian's first tour - to England - after taking over as head coach from Darren Lehmann in April last year following the ball-tampering scandal.

Ponting will start after Australia's upcoming ODI tours against India and Pakistan.

"I'm really excited to be joining the coaching group," he said.

"I've enjoyed my previous short-term roles with the ODI and T20 teams but World Cups take on a whole different meaning for me.

"I have enormous confidence in the players available to the selectors and know we will be as tough to beat as any team."

Australia Cricket Team Ricky Ponting Justin Langer Cricket World Cup 2019
Get the latest Cricket news, check out the India cricket schedule, Cricket live score . Like us on Facebook or follow us on Twitter for more sports updates. You can also download the NDTV Cricket app for Android or iOS.