Pace spearhead Mitchell Starc has been ruled out of Australia's tour of India with a "substantial" muscle tear. 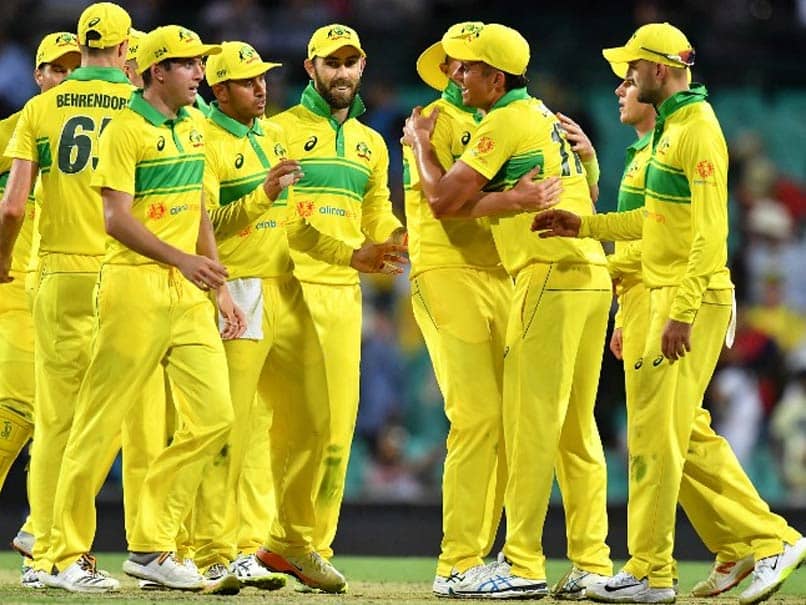 Australia will play two T20Is and five ODIs against India with a depleted attack.© AFP

Australia have named a 16-man squad for the upcoming limited-overs tour of India that begins with the first Twenty20 International (T20I) on February 24 in Bengaluru. Pace spearhead Mitchell Starc, man-of-the-match after collecting 10 wickets in the second Test against Sri Lanka in Canberra this week, has been ruled out of Australia's T20I and One-day International (ODI) tour of India with a "substantial" muscle tear. Australia will play two T20Is and five ODIs against India with a depleted attack.

Moreover, Josh Hazlewood remains sidelined as he recovers from a back injury picked up in Australia's Test series loss to India.

"Unfortunately, scans have revealed that Mitchell Starc sustained a substantial tear to his left pec muscle while bowling on the final day of the Test match in Canberra," said national selector Trevor Hohns.

"This means he will be unavailable for the tour of India, but we will instead target a return to play for the ODI series against Pakistan in the UAE in March."

Eleven of the 14 players that took on Virat Kohli's men in a recent one-day series loss in Australia have been retained.

But veteran seamer Peter Siddle, fast bowler Billy Stanlake and all rounder Marsh were dropped, which has opened the door for pacemen Kane Richardson and Nathan Coulter-Nile, and hard-hitting batsman Ashton Turner.

"Kane has been in outstanding form over the summer, including his recent performances in the Big Bash League," said Hohns.

"Kane not only has experience playing ODI cricket for Australia, but he's also performed well for his country when given the opportunity.

"Nathan Coulter-Nile provides us with another quality bowling option," he added.

"He brings good energy in the field and can also score runs in high-pressure situations."

Hohns added that Western Australia's Turner had been on his radar for some time and he now "has an opportunity to put his case forward ahead of the World Cup".

Opener D'Arcy Short was included as cover for Shaun Marsh as he recovers from a hamstring injury. Short is expected to play in the two T20Is with Marsh joining the squad following the birth of his second child.

"With the World Cup on the horizon, we see the ODI tours of India and the following tour against Pakistan as important windows for the squad to continue their preparations for our title defence," said Hohns.

"We were really pleased with the progress we made during the recent ODI series against India, and we feel the progress is reflected in the squad selection, with only a couple of changes."

The squad for the Pakistan series, that immediately follows India, will be named later with the possibility that Steve Smith and David Warner may be considered for the latter part once their bans for ball-tampering expire on March 29.