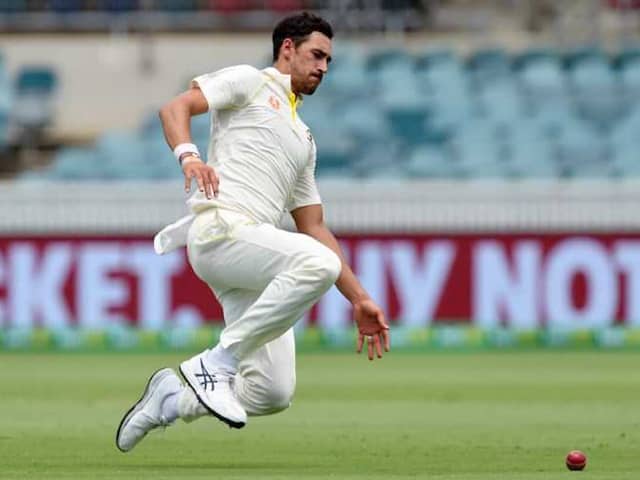 It's a setback for Australia before the World Cup 2019.© AFP

Australia are already in a spot of bother barely weeks before their tour of India. Left-arm quick Mitchell Starc is a doubtful starter for the tour starting February 24 in Bengaluru, with the paceman down with a soft tissue injury. With Cricket Australia (CA) expected to name the touring party for the two-match T20I and five-match ODI series against India on Thursday, Starc is likely to be sidelined after the quick suffered a soft tissue injury in his upper body, according to News Corp reports and quoted by cricket.com.au.

Starc's absence will hit Australia's preparations for the upcoming ICC World Cup in England and Wales. Australia's problems were compounded with Starc's fellow pacer Josh Hazlewood also expected to miss the tour as he recovers from a back injury picked up in the Test series against India.

But on a positive note, former skipper Steve Smith may return to the national side after serving his ban. Smith, who underwent a surgery on his elbow last month, is required to spend six weeks with his right arm in a brace, according to his manager Warren Craig.

"Until the brace comes off we don't know for sure but all current opinion is that he'll then have about three and a half weeks (before being ready to play)," Craig told cricket.com.au. "The intent is that he will play in the IPL and then the World Cup and then the Ashes."

Smith and his former deputy David Warner will become eligible for international selection again on March 29 after serving their year-long bans.

Having lost their past six bilateral series, the Kangaroos last won an overseas series in mid-2016 when they beat Sri Lanka.