MS Dhoni Should Bat At No. 5 In World Cup 2019: Sachin Tendulkar

Over the years, MS Dhoni has proved that he can vary the pace of his innings at will and that is what makes him so dangerous in the shorter formats of the game. 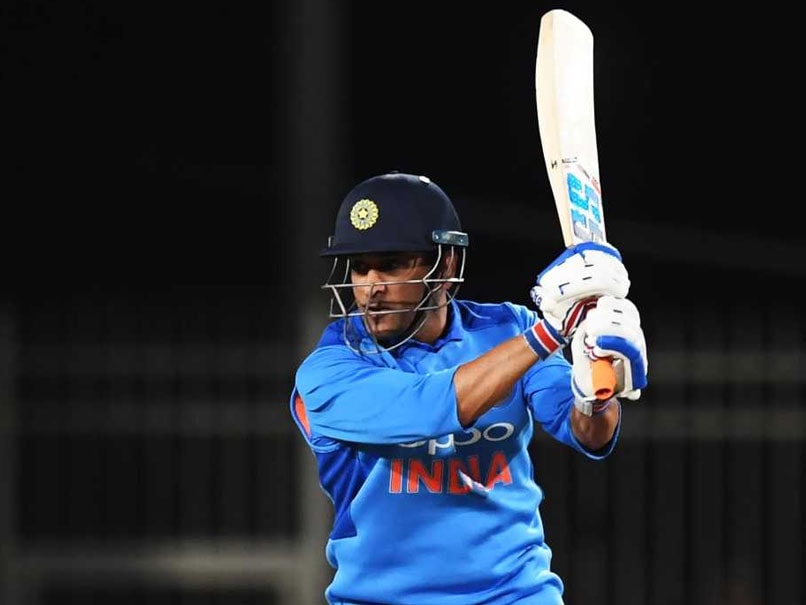 MS Dhoni, former India captain, should bat at No. 5 in World Cup 2019, according to batting legend Sachin Tendulkar. Since the turn of the year, MS Dhoni has been in fine form with the bat. "My personal opinion is Dhoni should be batting five. I still don''t know what the team combination would be, but if you are going Rohit and Shikhar as openers, to Virat (Kohli) at number 3 and whoever at number 4 then Dhoni could be No. 5," ESPN Cricinfo quoted Tendulkar as saying.

Over the years, he has proved that he can vary the pace of his innings at will and that is what makes him so dangerous in the shorter formats of the game.

"Then Hardik Pandya, an explosive player, follows them. That way the experienced batsmen are well spaced out and Dhoni can stretch the game towards the end where he himself can be explosive along with Hardik," he added.

Tendulkar, who is the highest run-getter in both one-day internationals and Test cricket, also enunciated that India should use Shikhar Dhawan wisely as he is the only left-hander in the India batting line-up.

When asked whether Dhawan should bat as deep as possible, Master Blaster said: "Yes, of course. A left-right combination always helps because that means the bowler has to adjust his line every now and then and the (bowling) captain has also to keep thinking. And if there is a partnership the job becomes even more tougher. So, yes, it is important for a left-hander to be there to put pressure on the leg spinner or for that matter any bowler."

Tendulkar also picked the teams he believes will go into the semi-finals of the premier tournament.

"India, England, Australia should be in the semis. The fourth could be one of New Zealand or Pakistan," he said.

India will start World Cup 2019 campaign, which will begin on May 30 in England and Wales, against South Africa on June 5.

India Cricket Team World Cup 2019 Cricket
Get the latest updates on India vs South Africa and check out  Schedule, Results and Live Score. Like us on Facebook or follow us on Twitter for more sports updates. You can also download the NDTV Cricket app for Android or iOS.