Sachin Tendulkar cautioned Team India shortly after they departed for the World Cup 2019. 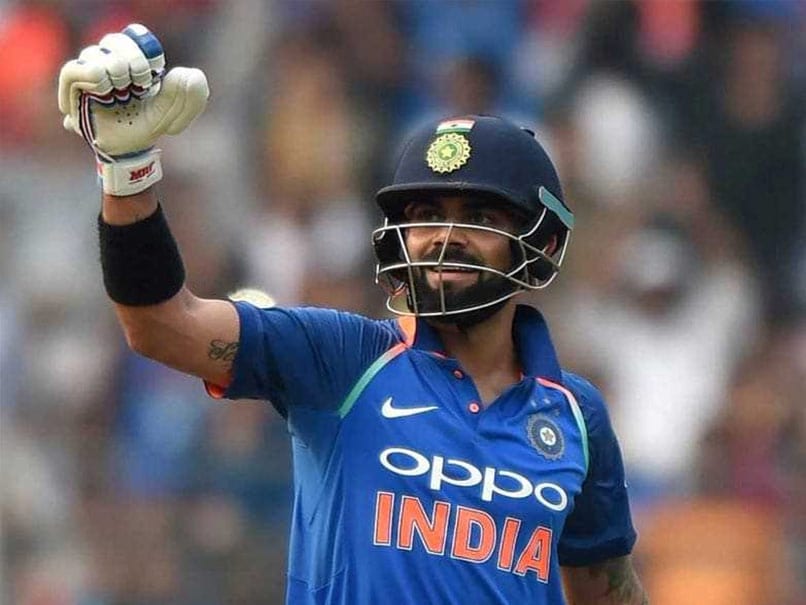 Virat Kohli will need backing from other India players in World Cup 2019.© AFP

Sachin Tendulkar is arguably the prime example that one player can't always win you all the matches and tournaments. Despite breaking pretty much broken all batting records in his illustrious career, Sachin Tendulkar still had to wait till 2011 to get his hands on the coveted World Cup trophy. India seem to be in a similar sort of situation where they have one batsman -- Virat Kohli -- going great guns and on the cusp of multiple batting records while others are not at the same level. But Sachin Tendulkar has cautioned Team India, saying that "one individual can't win a tournament. The Indian batting legend also emphasised on his point, saying players should step up during the crucial moments at the World Cup 2019.

"I think you will always have a couple of individuals stepping up every game but without team support, you can't do much. Just because of one individual, you can't win a tournament. No way. Unless, others chip in at every crucial stage. If that doesn't happen, there will be disappointment," Tendulkar said.

Tendulkar is hardly worried that India doesn't have a settled No. 4, saying the slot can be kept flexible as per requirement and match situation.

According to him, wrist spinners are the one breed of bowlers who will do well, and India have two in Kuldeep Yadav and Yuzvendra Chahal.

The Australians read the duo quite well during the home series in India but the maestro said that it won''t matter much in England.

"Let's understand this. There are a number of bowlers who have been read well by batters but yet they end up getting a lot of wickets. So Kuldeep and Chahal shouldn''t be too worried about Australia series," he said, adding both will play a massive role during the middle overs.

"Agreed the Aussies read them well but does that mean they wouldn't be committing mistakes or can't be forced to commit mistakes."

For Tendulkar, the perfect example was Muttiah Muralitharan.

"Murali basically bowled two deliveries --- traditional off-breaks and doosra. It's not that batsmen never read Murali but he still ended up getting wickets," the 46-year-old said.

India will begin their World Cup 2019 campaign against South Africa on June 5.

Sachin Tendulkar World Cup 2019 Cricket
Get the latest updates on Fifa Worldcup 2022 and check out  Fifa World Cup Schedule, Stats and Live Cricket Score. Like us on Facebook or follow us on Twitter for more sports updates. You can also download the NDTV Cricket app for Android or iOS.