MS Dhoni Best At Reading Match Situation, Fortunate To Have Him Behind The Stumps: Virat Kohli 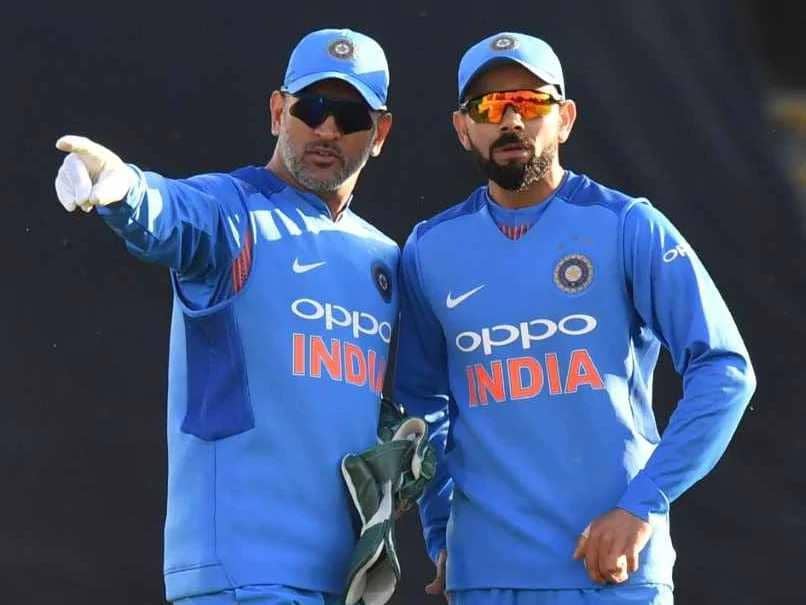 Virat Kohli feels lucky to have an astute mind like MS Dhoni behind the stumps as he believes there is no one better at reading match situations than the former India captain. Heaping praise on MS Dhoni ahead of a crucial event like ICC World Cup 2019, Virat Kohli told a news channel: "He is one person, who literally knows the game inside out. I won't say it's a luxury to have him but I am fortunate to have a mind like that from behind the stumps."

Kohli still cherishes the support he got from then captain Dhoni, when he first arrived at the scene more than a decade ago. "When I walked into the team he had the option of trying someone else after few games, although I grabbed my chances but for me to get that kind of backing, it was very crucial for me."

The Indian skipper even gave credit to Dhoni for trying him at No 3. "Also, he gave me an opportunity to bat at No 3 because not many youngsters get to play at No 3," the skipper said, recalling his formative days in international cricket.

The Royal Challengers Bangalore skipper didn't forget to slam those who unnecessarily criticise Dhoni for no reason. He said, "It's unfortunate to see so many people going after him."

Sharing light on the camaraderie between him and Dhoni, Kohli said, "It's just about the field placements and bowling changes and we say you know the angles, you know the pace of the pitch and that's why there is so much of trust and respect between the two of us."

Kohli gave his nod to 15-man World Cup 2019 squad, without delving too much into the debate surrounding the exclusion of Rishabh Pant and Ambati Rayudu. "We are very happy with 15 that we have. This is the most balanced side we could have thought of because everyone is in a good space," said the World No 1 ODI batsman.

India Cricket Team World Cup 2019 Cricket
Get the latest updates on IPL 2020, check out the IPL Schedule for 2020 and Indian Premier League (IPL) Cricket live score . Like us on Facebook or follow us on Twitter for more sports updates. You can also download the NDTV Cricket app for Android or iOS.