RCB slumped to their seventh defeat in eight matches of IPL 2019 on Monday. 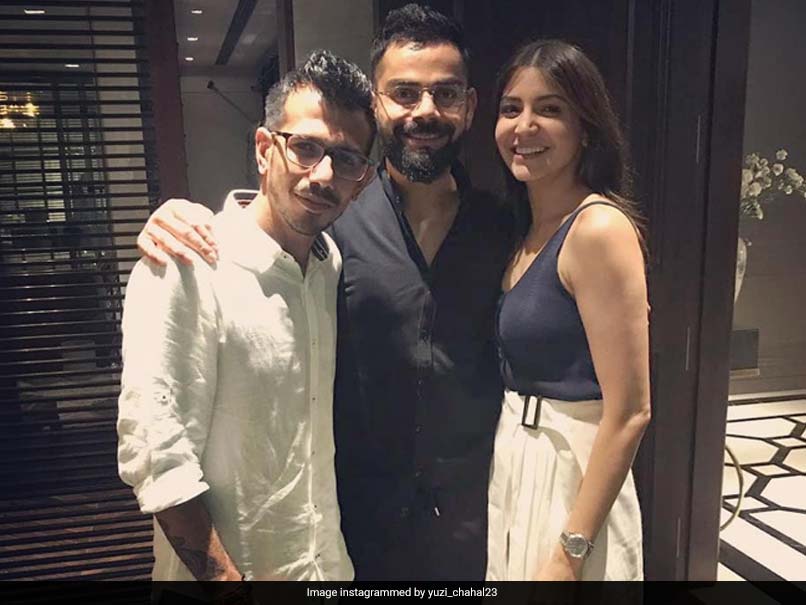 Virat Kohli and his Bollywood actress wife Anushka Sharma, on Tuesday, played perfect hosts for Royal Challengers Bangalore (RCB) who were in the city to play their Indian Premier League (IPL) game against Mumbai Indians. The celebrity couple, dressed in black, white and blue, hosted a party for RCB players at their Mumbai home. Yuzvendra Chahal, Himmat Singh and Dev Padikkal shared pictures from the evening and thanked Virat Kohli and Anushka Sharma for being such generous hosts. "Thank you for the wonderful dinner last night @virat.kohli @anushkasharma #goodtimes," Yuzvendra Chahal wrote.

Thank you so much @virat.kohli and @anushkasharma for hosting us

Thank you @virat.kohli and @anushkasharma for hosting such a lovely dinner party! #virushka

RCB slumped to their seventh defeat in eight matches of IPL 2019 when they lost by five wickets against Mumbai Indians on Monday.

Hardik Pandya produced a sensational late cameo of 37 not out off just 16 balls to hand another crushing defeat to RCB.

Chasing 172 for a win, the match was hanging in a balance when Hardik Pandya came out to bat in the 16th over.

He turned the game on its head, smashing five boundaries and two sixes during his unconquered 16-ball innings on a turning track at the Wankhede Stadium.

It was Mumbai Indians' fifth win in eight games and they are now at third spot on the IPL 2019 points table with 10 points.

However, Virat Kohli-led Royal Challengers Bangalore are languishing at the bottom of the table with just two points.

Virat Kohli's Royal Challengers Bangalore will take on Kolkata Knight Riders in their next IPL game on Friday.

Yuzvendra Chahal IPL 2019 Cricket Mumbai Indians vs Royal Challengers Bangalore, Match 31
Get the latest updates on T20 World Cup, check out the T20 World Cup Schedule and Live Score . Like us on Facebook or follow us on Twitter for more sports updates. You can also download the NDTV Cricket app for Android or iOS.