Pakistan were fined for slow-over rate during their match against England in the World Cup 2019. 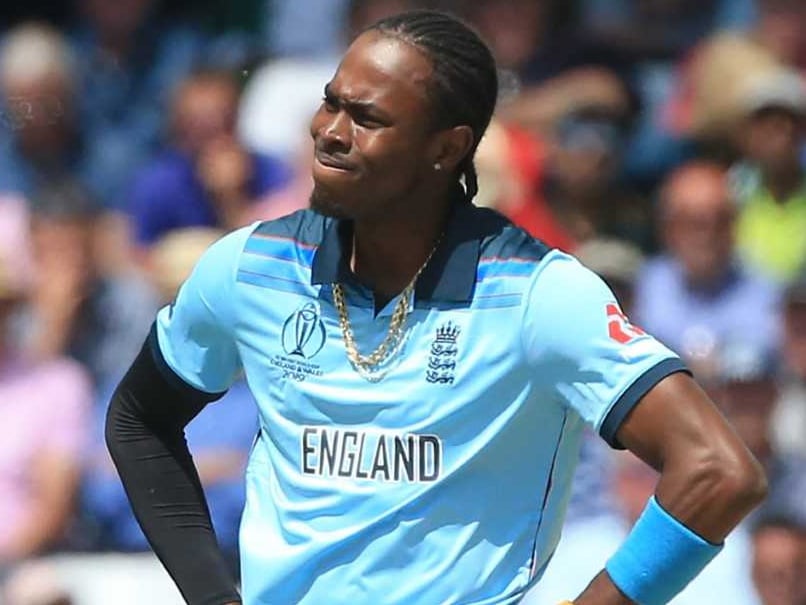 Jofra Archer was fined for misconduct during World Cup 2019.© AFP

Jofra Archer and Jason Roy have been fined 15 per cent of their match fees for breaching Level One of the ICC Code of Conduct during the match between England and Pakistan. According to a media release from ICC, Jason Roy breached the Article 2.3 of the ICC Code of Conduct, which relates to using audible obscenities in an international match. In addition to the fine, one demerit point was also added to Roy's disciplinary record. The incident occurred during the 14th over of Pakistan's innings when Roy used an audible obscenity after misfielding which was heard by the umpires.

Archer breached Article 2.8 of the ICC Code of Conduct for Players, which relates to showing dissent at an umpire's decision.

The incident occurred in the 27th over of Pakistan's innings, when Archer showed obvious dissent following a wide delivery. In addition to the fine, one demerit point has been added to the disciplinary record of Archer.

Pakistan captain Sarfaraz Ahmed was fined 20% of his match fee while his teammates were fined 10% each following a minor over rate breach after Pakistan was ruled to be one over short of its target after time allowances were taken into consideration.

Jason Roy World Cup 2019 Cricket
Get the latest updates on ICC T20 Worldcup 2022 and CWG 2022 check out the Schedule, Live Score and Medals Tally. Like us on Facebook or follow us on Twitter for more sports updates. You can also download the NDTV Cricket app for Android or iOS.