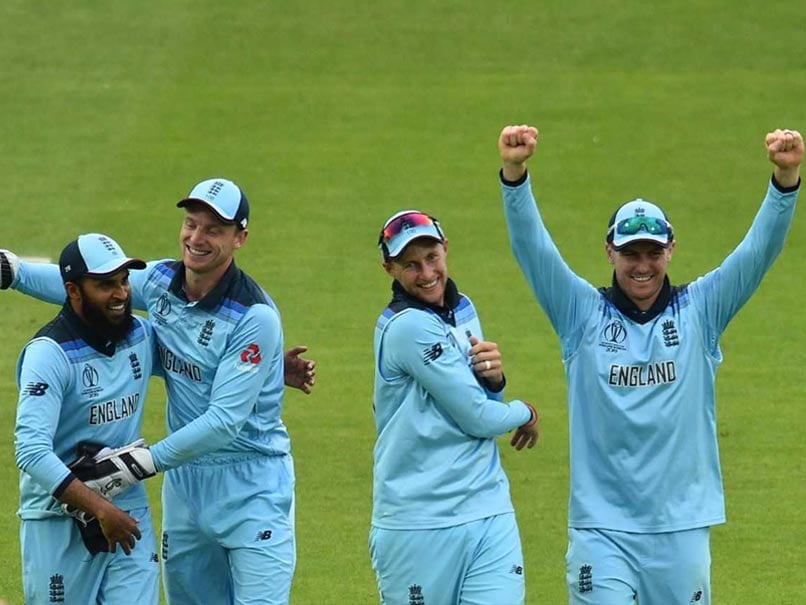 England will return to their batting paradise Trent Bridge, where they have twice registered the highest One-Day International total, for World Cup 2019 Match 6 against Pakistan on Monday. Sarfaraz Ahmed-led Pakistan suffered an embarrassing seven-wicket defeat to the West Indies at the same venue on Friday. Some disciplined bowling from the West Indies bowlers saw Pakistan fold for a paltry 105 in 21.4 overs in batting-friendly conditions at Nottingham, where record-setter England scored 444/3 against Pakistan in 2016 and 481/6 in 2018. Even though Eoin Morgan's men started their campaign with an emphatic 104-run win against South Africa, England may recall fast bowler Mark Wood for the match against Pakistan.

England, in the light of Pakistan's problems against short-pitched bowling, might unleash Wood in partnership with the Sussex speedster Jofra Archer.

"The West Indies bowled very well, they looked like they roughed Pakistan up," the former England batsman added.

"I think it (drafting Wood) will be discussed, to be honest.

Wood has bowled a mere 13.1 overs since the start of the season amid fears his longstanding left ankle injury could flare up again.

But his ability, in common with Archer, to top speeds of 90 mph meant England thought he was worth the risk at the World Cup.

England have risen to the top of the ODI rankings since their woeful first-round exit at the 2015 edition mainly as a result of piling on the runs.

But they showed they were more than 'flat-track bullies' with a score of 311 for eight on an awkward surface at the Oval before an attack led by Archer overwhelmed the Proteas.

Scoring 500 in an ODI was once viewed as impossible but, given their recent record-breaking exploits, England could go close if they bat first at Trent Bridge on Monday.

Pakistan, who've lost their last 11 ODIs -- including a recent 4-0 series defeat by England -- are braced for short-pitched stuff with Wahab Riaz defiantly insisting: "If people want to bowl us bouncers, then we will have no problems with that."

Monday's match will also be an important test for what World Cup organisers insist will be improved procedures after thousands of frustrated fans were left queueing for hours on Friday, in some cases missing the entire Pakistan innings, as they waited to collect their match tickets.

Sarfaraz Ahmed
Get the latest updates on ICC T20 Worldcup 2022 and CWG 2022 check out the Schedule, Live Score and Medals Tally. Like us on Facebook or follow us on Twitter for more sports updates. You can also download the NDTV Cricket app for Android or iOS.